The Witch of the Prophecy 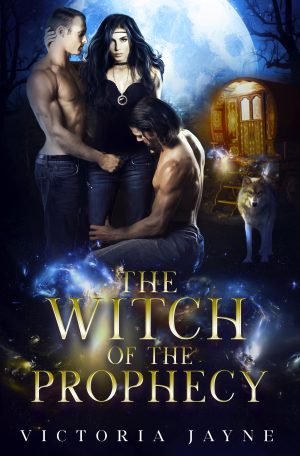 Out in the middle of nowhere, with no clothes, and smelling the equivalent of filet mignon, his wolf had set him up well. Torn between the desire to investigate the fragrance, and maintaining human societal norms of modesty, Aric lingered under the cover of bushes and trees.

Metaphorical thunderbolts splintered before his eyes. Pain shot through his skull as he flew forward bracing himself on all fours. Aric’s hand reached to the back of his head protectively and to check for bleeding.

“What the f*ck!?” he rumbled in confusion.

“Who are you?” a feminine voice demanded.

Lifting his chest, getting to his knees, Aric turned toward the sound of crunching leaves beneath shuffling feet. Blinking a few times did nothing to cure his double vision. He assumed he had a concussion. If he had been human, he’d be unconscious. The pain in his head throbbed while Aric struggled to see properly.

“W-wh-why are you naked?” the female voice questioned him.

Rising to his feet, Aric shifted his position, in an attempt to both hide the chubby semi-erection and to offer some modesty. It must have been interpreted as a sign of aggression.

Aric heard the whoosh and put his arm up to block the giant branch the female wielded as a weapon. The vibration of pain ricocheted up his forearm when it collided with the impromptu weapon. Aric howled and his eyes watered.

Aric twisted his wrist, wrapped his fingers around the branch, and yanked. It came loose from her hands quickly. He tossed the stick away and thanked his supernatural genes and the strength given to him by his wolf, who, oddly, pranced about within him with elation rather than recognizing the aggression the woman showed toward them.

Still unable to see her clearly, the blurry female form stepped back from him. Aric wobbled slightly and fell to his knees again for stability.

Once his vision slowly returned to normal, and in the glow of the moon, he gasped when he finally laid focused eyes on her visage. Her high cheekbones, plump lips, golden skin tone stunned him. His mouth fell open. The mass of dark waves pulled into a messy pony shimmered in the moonlight giving her a halo effect. Aric felt as if he knelt at the feet of a goddess.

She wore an extremely large, faded, hooded sweatshirt and tight jeans. Aric lifted himself to a standing position on shaky knees. He stood several inches over her at his full height. His wolf howled within him while he fought the wolf’s urge to grab the woman. It did nothing to ease the pounding pain in his head from her attack.

The unknown female took another step away from him.

Her pale blue eyes darted left and right, as though she searched for an escape route.

The throbbing pain in the back of his head dulled as he studied her. He absentmindedly raised a hand and rubbed at the place where she had struck him. The semi was now a full-on raging erection and proudly protruded from his pelvis as if to salute her.

Aric’s face heated when her eyes dipped to it. Her cheeks reddened. She held a hand over her mouth.

Her expression reflected panic. She bent her knees prepared to run. Her eyes sought the best escape route.

“No. Don’t,” Aric protested, surprising himself.

She paused. The female stared at him, bewildered.

He brought both his hands over his crotch. “Sorry.”

“Why are you naked?” she demanded a second time.

“Uh,” Aric stalled. For some reason, he didn’t think telling her he had just shifted from wolf to human form would be a good idea. Humans tended to freak out when confronted with creatures they thought were mythical. Plus, there was the whole death thing, if the council found out about a supernatural being outing himself to humans. They took that sh*t super serious. Aric liked his life. He liked it even more, having met this female.

The players of the prophecy are all in place. The vampire, the werewolf, and the witch. The fate of all paranormal beings hangs in the balance.

Too bad Divina, the witch in question, wants nothing to do with any of it.

She’s not about to let some ancient prophecy dictate who she’s going to love. She’ll be the master of her own destiny, thank you very much.

But the intense connection she feels to each of her sexy prophecy counterparts is making it difficult to avoid potential magical disaster.

And as everything continues to get more and more complicated, she’s starting to wonder—is she really the witch of the prophecy? Or is she something else entirely? 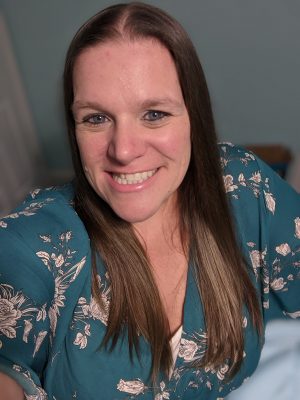 Victoria Jayne is the epitome of a Jersey Girl. She doesn’t [know how to] pump her own gas, enjoys pork roll, and grew up on the Jersey Shore. The only daughter sandwiched between two brothers, she was a bit of a Tom-boy as a child.

As an adult, she’s lived throughout the state of New Jersey. She graduated from Fairleigh Dickinson University with a Bachelor of Arts in Psychology and from Walden University with a Masters in Marriage, Couples, and Family Counseling. She’s worked in the human services field for non-profit agencies providing services for adults with traumatic brain injuries and/or developmental disabilities since 2005.

She met her sports journalist husband in an online audio/visual chat room. After a few years of dating, they got married and have two darling daughters.

When not writing, Victoria enjoys baking with her daughters, rooting for the New Jersey Devils, thinking of home improvement projects for her husband, and roleplaying on SecondLife.