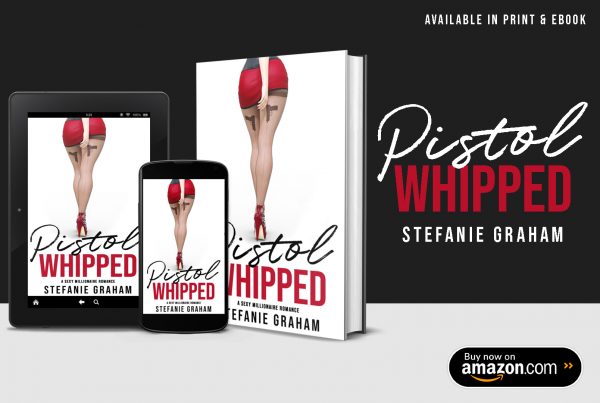 Q. Pistol Whipped, that’s an interesting title. How did you come up with it?

A. My main character’s name is Kylie Derringer. The Derringer handgun was the smallest useable handgun of the nineteenth century which is what made it popular with the ladies of that era. The pistol was easy to conceal and beautifully crafted. The diminutive and dainty piece of steel was innocuous enough to fool the unsuspecting into thinking it was anything other than a lethal weapon.

Q. What inspired you to write this contemporary romance?

A. The romance was inspired by the modern tale of my heroine Kylie, who is a woman with a lot of emotional barriers. She encases her heart in a protective shell which leads to rumors that she is icy and cold-hearted. Austin, her love interest, is a man that when it comes to relationships, is more than a little gun-shy. The soundtrack that played in my head for this combustible duo was the classic Bon Jovi song called, You Give Love a Bad Name. A character named after a gun with a built in theme song was all I needed to get my pen moving over the page.

Q. What makes your characters interesting.

A. Their flaws. Far from being perfect, my characters are nonetheless a 100% human, which makes them relatable and I hope, loveable.

Q. Tell us more about your heroine Kylie Derringer.

A. As explained, a Derringer handgun is small and innocuous but made of impenetrable steel. My character Kylie is the same.  She’s a little lippy, a little bit cranky and a little bit of a hard ass. While tiny like the Derringer for which she is named, she has a BIG personality. It’s not every day a woman’s character is inspired by something small and formidable.

Q. Who inspired you to write romances?

A. A historical romance author named Johanna Lindsey. I read the book Savage Thunder when I was very young and fell deeply and irrevocably in love with fictional characters who love deeply and live extraordinary lives.

Q. When and why did you start writing?

I began writing as a dare when I was sixteen. I picked up my first romance novel and haven’t put down a book since. My high school friend saw my obsession with the historical romances I was reading at the time and dared me to write one of my own. I wrote and discarded a million different romances over the years based on that dare. Only as an adult did I decide to take writing as a career seriously. Pistol Whipped is my second romance.

Q. So you’ve published other romances? Yes, I published a contemporary romance back in 2013 called Tropical Storm still available on Amazon. I’ve learned a lot since that time about crafting a story, but as my debut romance novel, it still holds a special place in my heart. 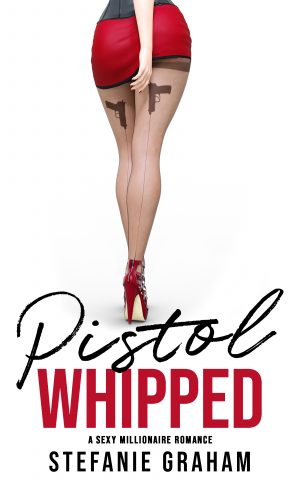 Whipped ~ When a dominant woman has a man do anything she desires.

Leave it to Austin DeAngelis, magnate, mogul and bad boy millionaire, to fall for a woman rumored to be composed of cold, hard steel. Hard target Kylie Derringer, like the gun that shared her last name, was small with cool curves, sleek feminine lines, and a seemingly impenetrable exterior. When a case of corporate espionage threatens the health of Austin’s company, all fingers point to his bold-as-brass employee as suspect number one.

Tangled in a web of lies and deceit, Kylie finds herself in the middle of a dangerous game between new love and old loyalties. The business of passion isn’t a game. When lies, lust, and love burns hot, can love survive its bad name?