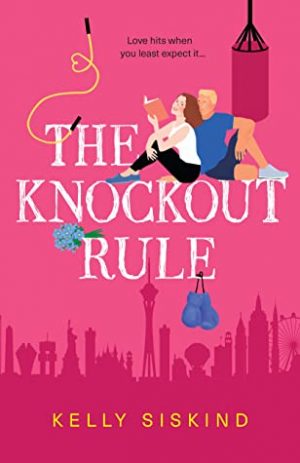 Isla Slade is the daughter of prize-winning heavyweight boxing champ Swinging Graham Slade. Other than knowing she doesn’t approve of boxing, her father has no clue that the sport has deeply scarred Isla, who suffers anxiety around boxing and boxers. Isla is seven weeks away from opening her own business, Phoenix Physiotherapy, with her one rule: she won’t work on boxers. So when her dad, who has given her much, comes to her and asks for her help conditioning a heavy-weight contender, she thinks he jests, but he’s dead serious.

Eric Kramarovsky convincingly plays the role of Brick Kramarov, an illiterate, loud mouthed boxer. But Eric, a linguistics student who will do anything to support his family, prefers spending quiet time at home. However, he needs to win his upcoming fight so he can pay off his family’s bills, get a nice home, and send his sister to college. With the help of his team, including manager Preston and trainer Graham, he feels he can do it. When Preston shows interest in Isla, Eric agrees to coach him on what to say and do, but soon Eric realizes he’s falling for Isla himself.

The Knockout Rule is an absolute delight; a heart-felt romance between two individuals finding unexpected love. Isla and Eric have issues they must face, and via their friendship and budding romance, find the courage to do so. Even though their initial meeting is a disaster, once they begin working together and getting to know one another, they realize they have a lot in common. And despite a growing desire, there are many obstacles between them: she is on his training team, he must maintain his Brick Smash persona, and Preston really likes her. There is a whole Cyrano de Bergerac vibe, and I love how it plays out.

Once again, Kelly Siskind knows how to hit me in my heart. I fall in love with her characters falling in love. With Eric and Isla, I became so emotionally invested and loved watching them come together. But it’s more than the romance, it’s also amazing seeing each discovering themselves and becoming the best version of themselves. I love how much Eric and Isla truly like each other and know that the wait is worth it. Of course, the waiting also ratchets up the sexual tension like mad. And the pair do not have an easy journey. I admire Isla for acknowledging her mental illness and understanding her limitations. I admire Eric for his loyalty and devotion to his family. The story is an honest look at how love is important and crucial, but so is taking care of yourself.

In the end, I absolutely loved The Knockout Rule from start to finish. I laughed and cried along side the characters. I grew to care about Isla and Eric and was vested in their HEA. I love that although they are each other’s half, they they have to grow before they fit together perfectly.

Growing up with an adoring father for a boxing legend isn’t all sunshine and rainbows. It looks more like hospital visits, bloody noses, and cracked ribs.

Isla Slade now works as a physiotherapist, helping athletes heal their bodies. Except for boxers. She has no interest in reliving the stress of her teen years. Dating someone in the boxing world? She’d rather snort wasabi powder.

Until she meets Preston Church.

Preston manages heavyweight boxing darling Brick Kramarov. A brute who’s built tougher than his name, with a cocky attitude to boot. She wants nothing to do with either man, but her father begs her to help them prepare for a huge Vegas fight.

She doesn’t expect Preston to recite romantic poems and slowly break her resolve. His fascinating mind gets under her skin, even if his star athlete reminds her how much she hates boxing.

Too bad it’s Brick coaching Preston how to woo Isla, falling for her from the sidelines. Once she finds out, she’ll have to decide if she can risk loving another man who puts it all on the line for the knockout.