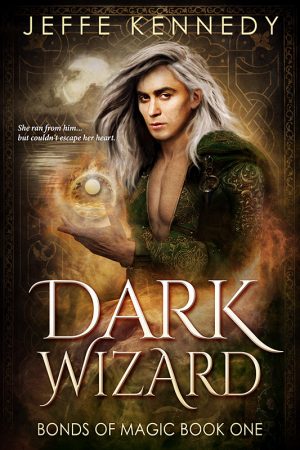 The proctor approached the desk and set down an elaborately decorated wooden tabernacle, like a small cabinet, inlaid with metal foil and arcane runes. The ancient, incredibly potent magic that oozed off of it made Gabriel’s skin crawl, and he fought the urge to scoot his chair farther away from it. What in the dark arts was in that thing?

“Never seen an oracle tabernacle before, Lord Phel?” the proctor inquired. She made a tsking sound. “But I forget, you don’t have a formal education. Pity.” Gabriel ignored her pointed remark—far from the first or the rudest insult he’d heard. “The Convocation will handle this, Lord Elal,” she continued. “I would have been on the case earlier, had I been immediately notified, as I should have been according to protocol.” She held up a hand as Lord Elal opened his mouth. “Regardless, I have been alerted and, I, as the Convocation proctor assigned to this case and as an objective observer, will lead the inquiry.”

“Now, see here—” Lord Elal said, rising from his chair, a swirl of spirits taking shape in the air around him.

The proctor pointed a finger at him. “Stand down, Lord Elal,” she commanded, “or you will receive even more severe sanctions than you already face. This is a Convocation inquiry, and you are a suspect.”

“What?” Aghast, seeming staggered by that, Lord Elal sank into his chair. “You can’t think that—”

“Can’t I?” the proctor returned coolly, making it very clear she could—and did. “Lord Phel here is hardly the ideal son-in-law and ally, not for a High House like Elal. No insult intended, Lord Phel. I’m sure you understand.”

Gabriel swallowed a reply along with a sip of brandy, keeping a wary eye on the tabernacle. Oracle tabernacle—where had he read about that?

“There are other incriminating indicators, Lord Elal,” the proctor said, her fingers working an incantation pattern over the tabernacle’s locked doors. They looked like the entrance to a castle, two of them, arched to meet in the middle, with detailed latches. “Lady Veronica, while an exceptionally well-trained familiar—as all of our Convocation Academy graduates are—is also a naïve and sheltered young woman. Living here, in the lap of luxury…” The proctor glanced around the lavishly appointed room with a thin-lipped expression of contempt, and possibly envy. “Lady Veronica is soft, sheltered, and blissfully unequipped to cope with the greater world. She could not possibly have executed an escape on her own.”

“We don’t know that she—” Lord Elal burst out.

“I know,” the proctor interrupted in a repressive tone, “and so does the Oracle. Observe.” She opened the doors of the cabinet, not with the dramatic flourish Gabriel expected, but with meticulous care. Fascinated despite his intuitive horror, he sat up to look. It seemed to be a sculpture of a human head, the skin made from leather, though from an unlovely, rough-cured variety. The lips were thin and colorless, no hair on the smooth scalp, eyebrows made of delicately etched gold. Its eyelids had been inlaid with lapis outlined in gold leaf, and—had it moved? Surely not.

It opened its eyes—and he threw himself back in the chair.

Lord Gabriel Phel wants one thing: to restore his shattered House to its former station in the Convocation’s complex and arcane society. Fortunately, through a wild chance of birth, he was born with the magic of a powerful wizard, the first in his family in generations. If he can obtain a familiar to supplement his skills, ideally one who is a highborn daughter who can also be his lady wife, then he’ll be that much closer to restoring House Phel. And to exacting his ultimate revenge on the Convocation that destroyed his family.

Lady Veronica Elal doesn’t have many choices. To her bitter disappointment, she will never be the powerful wizard she and her father hoped she’d be. Instead Nic is doomed to be a familiar like her mother, a second-class citizen in the Convocation, and one destined to be bonded to a wizard, serving his purposes for the rest of her life. Her one hope lies in entering the Betrothal Trials—and choosing a wizard from the Convocation candidates that she can manipulate. Whichever one of her suitors impregnates her will claim her as familiar and wife, and she can use her wiles to rule her wizard master, and the House she marries into.

But Gabriel throws a wrench into Nic’s careful scheming, by seducing and fascinating her. When she finds she’s pregnant by the rogue wizard she can never hope to control, Nic does the unthinkable: she runs.