The Autumn You Became Mine 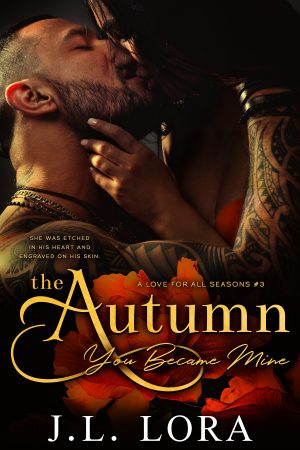 My high school Algebra teacher once said, “Chase Blake has never walked away from a fight.”

And I never will.

I beat a ninth grader talking sh*t about my big brother when I was in seventh grade. I fought my brother’s best friend when I was sixteen for humiliating the girl I liked. I even punched the sh*t out of an old sleazeball that tried touching my little sister when I was seventeen.

I won’t be walking away from Digger—short for Grave Digger— a huge motherf*cker with bricks for fists and a single-digit IQ. I’ve beaten and been beaten by bigger men and took it all in stride.

So when he spits at my feet and tells me, “I’m not like them other punks you fought this week. One of my fists to your jaw, and it’s night-night time. You took too many hits to the head this week. Take the L and walk away,” I don’t take that sh*t to heart.

I’m not about to back down. Tonight, I wrap up my visit to Chicago with a golden bow. During the month I’ve been here, I won at the poker tournament, and I got first place in the street motorcycle race. Both thrilling and scary, when I almost lost control and sideswiped a pole. My right leg was numb for a week. I press on it, needing to feel it. I’ll have to race again.

But Digger’s not changing my plans.

I will win this fight to complete the trifecta. I made it here through five nights of getting pounded on, but winning each fight. My ribs are sore, my knuckles are raw, and my body can’t take much more. At least my head stopped throbbing, and I don’t cringe when lights hit my face.

I know it’s time to walk away for a while. After tonight, I’ll do that happily. I just need this win.

I smile at him. “I don’t talk sh*t, my dude. I pull up. Whatever it is, shut your mouth and say it with your fists.”

The crowd hollers. Everyone loves the trash talking and ready-to-murder looks before a fight. But that’s as Floyd Mayweather as I get. I’m not here to give them a show. I don’t care if they’re entertained or not, as long as I am.

Unlike professional boxing, Fracas has only a few rules—the main one is not talking to the cops—but the danger is greater, and the crowd much closer.

Digger has followers on his side. I, Guts—as they dubbed me— have no one here. I haven’t made friends. I didn’t want to. When I leave, I want to go like I came, with no connections or attachments. I’m heading back home to New York, where something more exciting is bound to come up. Right after I sleep for a week and my body stops feeling like it’s moving through molasses.

We pull to the middle of the circle. I got inches on Digger, but he’s stocky, which is bound to make him slow. I need to keep moving, bobbing, and weaving while keeping his fists away from my head. I’m going to tire him out and then I know exactly where I’ll hit him. That pudgy spot on his right jaw. It should only take a left hook to the temple and then a clip from the bottom. He’ll go down hard.

Not without a fight, though.

His nearly full-on black eyes scan over me, evaluating, plotting where he’ll hit me, and estimating how many punches it will take to knock me down. That eager rage will be his undoing. I’ve seen it so many times. These dudes are so thirsty for the money bag, they leave themselves open by swinging everywhere.

The good thing about me is…I don’t give a f*ck about the money. I like to fight and come out on top. And the hurt. Other than that, it doesn’t matter  who I fight or if I leave with the cash. So, I’ll wait out Digger. I’ve been watching him for five days. He fought as many guys as I did. We both want it bad enough. Only one of us will walk away with it.

Someone rings the first bell, and we stop sizing each other up. The burly guy with the no-nonsense face stands between us.  “I’m Joe, the ref. We are gonna do this clean. Only fists. No headbutts, no teeth. Carl over there will hold the money. Winner takes all. If you need to forfeit, you call my name. If one of you uses my name, the other steps the f*ck back. If I stop the fight, you both back the f*ck off. I better not see a fist after I stop the action, or you’re going to have to deal with them.”

He hooks a finger to the insurance crowd. No, they’re not State Farm representatives. These are the thugs that organize these events. They take the bets. They also hold the guns. Break the rules, and you leave the warehouse with a bullet hole or a broken leg…if you’re lucky.

“And no talking to the cops, whatever happens. Got it?” Joe asks. 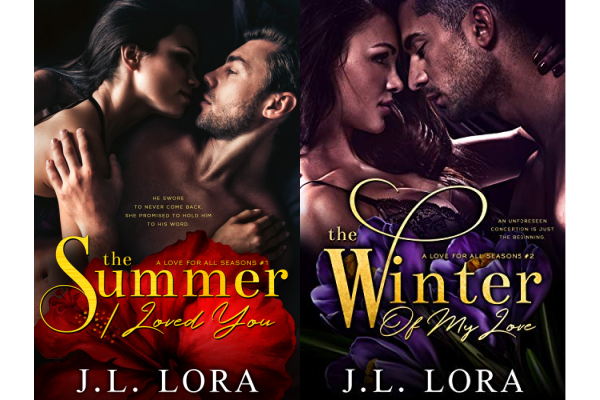 Digger and I both nod and pump each other’s fists. There are no gloves or helmets. The pain will be more excruciating when fists connect with skin and muscle. The spark ignites and runs through my whole body. For a second, my sister’s voice pops in my head.

Promise me you won’t go do crazy sh*t.

I shrug off the weight of Lux’s words with a shake of my head. I’m an expert at shoving thoughts into a dark corner. I’ll deal with them after I win.

Digger bends his head and prays. I don’t. If God wants to pluck me from this world, he will do so. My begging will do nothing but make me worry. I ask God for one thing, that wherever I hit him, it doesn’t do irreversible damage. That he walks away from this fight on his own feet.

The bell rings, and we get into the dance, creating a steady rhythm of flying fists and blocking. The swooshing sound of his meaty paws cuts through the air, making my pulse quicken. When I connect against any part of him, it’s like punching an iron wall. He’s not as soft as I thought. I lose count of the times he swings, sending his fist near my head, the times he connects, and how often I manage to avoid it. I hear the crowd like a faint murmur because, in my world, there’s only Digger and me.

And that blur of brown-black curly hair making its way through the crowd.

I don’t follow it today either. I know better. Instead, I find what I’ve been waiting for—an opening when Digger slows to catch his breath. My fist connects to the side of his head, followed by a jab to the jaw, and to his knees he goes.

I gesture for him to get up. There’s no fun if it’s over this quick. So I step all the way back, letting him catch his breath, looking for the woman with the curly hair again. I don’t see her.

My neck feels like lead, and my head like a lemon between the squeezer handles. I’ll have to take painkillers tomorrow. I hate pills.

The bell rings again, and we step back close to each other. And there she is again. This time I follow the bounce of her spiral curls. She weaves around the crowd on the left and then disappears.

“What the f*ck are you looking at?” someone in the crowd yells.

I turn in time to block the right hook gunning for my temple. But it’s too late. The left fist flies on my left through my peripheral. It makes contact against my jaw, rattling my whole head. The force makes my head swing back, and a million stars burst before my eyes.

Pain explodes down the side of my face, echoing from my jaw and all through my bones. My knees give out. My feet stumble back and down I go. My ass plops on the concrete, shoulders follow, going flat against the ground. The back of my head bounces off the pavement. Loud ringing erupts in my ears . The world is shaking fast and it’s dizzying. All goes hazy, almost dark until I can barely see.

Why is everyone so quiet?

Someone touches my face, but I barely feel it. Joe, the ref, comes into view. He’s waving fingers in front of my face. Why can’t I hear him?

I need to get up.

I’m not going to lose.

I try to push off the floor with my arms, but they won’t obey me. My legs won’t move, either.

My heart takes off, galloping hard inside my chest. It’s either a concussion or worse…I’m paralyzed.

I’ve never walked away from a fight in my life…until Lauren said we didn’t have a chance. Then I ran back to the underworld.

Racing?  I’m revved for it. Boxing? I never pull my punches. Gambling? I’m all in. The chips fall, I get knocked down and end up in Baltimore. Now, I’m back in front of the woman imprinted in my heart since I was a kid, who sent me spiraling twice. Will the odds be in my favor if I bet on her again?

Guerrera a la guerra. Warrior goes to war. That’s my motto. I fight battles every day, tackling them in my choice of armor, velvet red lipstick, and honey-gold eyeshadow. I am going to build my business. Nothing and no one will get in my way. My problem? I can never say no to Chase Blake. Even when he shatters my world as he does my soul. He’s back, and I won’t let him distract me when I’m so close to my dream.

When my life implodes, I’m forced to face my truth. He’s in my heart and staying there. Can I trust him not to wreck me again? 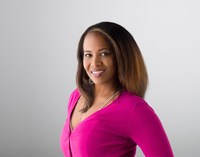 J. L. Lora is a Dominican-American author of contemporary and romantic suspense. Her stories explore the dark side of good characters—people living in the gray areas of life—playing the cards life has dealt them. Her stories manifest her love for badass alpha heroines and take-your-breath-away alpha men.