Today we welcome romance author Karen Grey to That’s What I’m Talking About. We are celebrating her upcoming release, You Spin Me, the third book in her wonderful Boston Classics series.

Jen: Welcome back, Karen! It’s always a pleasure to host you at That’s What I’m Talking About. Can you share with us a little bit about your “nostalgic romantic comedy” Boston Classics series and the newest title, You Spin Me?

Karen: I’m so happy to be here and to share a bit about my books. The series takes place in Boston, MA in the late 1980’s (making it technically historical fiction—controversial, I know) and the connecting thread is a group of actors who perform with a theater called Shakespeare Boston. Each book works as a standalone, but they do progress through time in order. You Spin Me’s main characters are Jess Abraham, who loses her status as the top company ingenue in the first chapter, and Cal Alonso, a reclusive late-night radio DJ who wins her heart after she calls the station to try and win a contest. 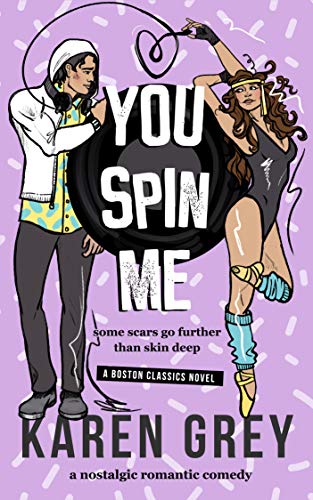 Jen: Why set the books in the 1980s instead of a contemporary setting? What drew you to the 80s – big hair, shoulder pads, no cell phones?

Karen: Although the big hair and fashion are fun to sprinkle into the stories, I was originally drawn to the era because that’s when I was just starting out as a professional actress and trying to balance that with dating. I also thought it might be fun for readers who didn’t live in that time to experience dating without the modern conveniences (or hindrances?) of cell phones, texting, apps and Google. I hoped that readers who had been around would find the world nostalgic. I think the books accomplish both, but I’ve also tried to get readers thinking about the ways our culture has evolved since then, in terms of gender disparities and other social issues. How we’ve come so far, but we still have some work to do. All wrapped up in a romance with guaranteed HEA’s, of course!

Jen: With the “vintage” timeline, I imagine you have to do a lot of research to make sure your setting is authentic. What has been the biggest challenge for you so far? (OR if you prefer, What has been your favorite experience so far?)

Karen: Yes, it became clear pretty quickly that research was necessary because memory is not at all reliable (or at least mine aren’t!). Just as I would if I were going to perform in a play or film from the era, I immersed myself in movies and music from the time—which was sometimes more of a hardship than others. Some movies just do not stand the test of time! For You Spin Me, my daughter would say that I went way too far down one particular research rabbit hole. Because Jess dreamed of being a ballerina and studied dance quite seriously, I watched a couple episodes of the original Fame TV series, but then I stumbled onto an Australian series called Dance Academy, and I got totally hooked. Highly recommend it for fans of dance and teen drama!

In previous books, I’ve been able to talk to friends or family to research characters’ career and workplace details (the non-actor ones, anyway) but I didn’t know any DJ’s (anymore—the story is based on a DJ I had a telephone friendship with back in the day but I wasn’t able to reconnect with him) so I had to look further to learn about that world. I found a wonderful memoir called Radio Free Boston by Carter Alan, which is packed with great details that helped me create the fictional WBAR radio station. I still had some specific questions about the day-to-day, or even moment-to-moment, tasks a DJ would have to accomplish. So, I tracked Carter down and he spent a good hour on the phone with me answering all my picayune questions—which I hope add to the verisimilitude of the book.

Jen: Some of my readers already know you as Karen White, audiobook narrator. In fact, you provided some of the narration for the first book in the series, What I’m Looking For. Did you find being the author of the title you were narrating a benefit or an added challenge?

Karen: Both! Easier because I knew the tone I wanted to book to have, especially it’s sense of humor, and of course I was very familiar with the words! Sometimes it was frustrating, because I’d just want to keep re-writing (and sometimes I did; the pluses of being an indie author). I’ve really loved finding narrators for the other characters and books, though, because each one has surprised me and brought new layers I couldn’t have dreamed of. It makes me feel more like a playwright than a fiction author sometimes.

Jen: Can you share with us what is next for you and the series?

Karen: Well, I have finally cast the audiobook for You Spin Me, which will be out sometime this summer (keep your ears pricked for that news). Book 4 in the series is Bella’s book. She’s been in every book except for the novella as a prominent character, so she’s been simmering for a while. I still have a LOT of work to do on it; right now it’s mostly notes. I can tell you that it’s a secret baby book and that it’ll involve her past working on a soap opera. The male character is an unknown to series readers and I think he’s a television producer. I’m sure I’ll be checking in with the members of my Facebook group (Wicked Smaht Romcom Readers) with questions and bouncing off of ideas, so if anyone’s interested, please come join us!

Jen: Thank you so much for stopping by and chatting today.

Readers, read below for more about Karen’s upcoming release, You Spin Me… 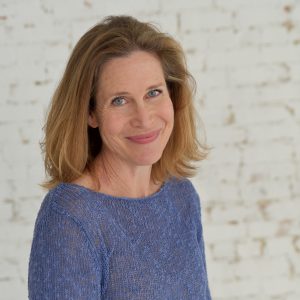 The first three books in Karen Grey’s 1980’s era Boston Classics romance series released in 2020: What I’m Looking For, Forget About Me and Like It’s 1999, with more to come in 2021. She’s also had essays published in Salt Magazine and the Nevertheless We Persisted collections (one an Audies Finalist and the other a SOVAs finalist), and a short story in the collection Vintage Love Stories. Her first romance novel was a winner of the NJ Romance Writers’ Put Your Heart in a Book contest and Hearts Through History’s Romance Through the Ages contest in the Modern History category.