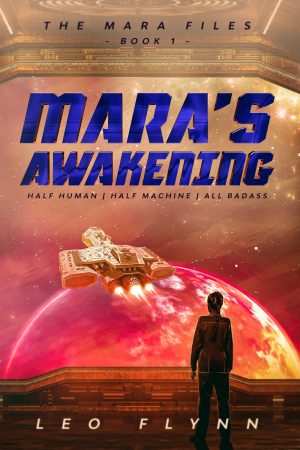 Cackling laughter, a blinding flash, and screams of the dead and dying.

Distant starship gunfire lighting up the sky above. A small settlement in flames.

She awoke, body wracked with pain, sweat pouring down her forehead. A strangled scream erupted from her throat, her breathing heavy, haggard, and slow.

No… Just… another dream.

Groaning, she stood, shivers running down her spine.

The shiny surface of the wall caught her reflection. Stopping, she stared. A dark-skinned, gaunt face, years of stress etched across her cheekbones and forehead. Hair going grey at the roots. To think she was only forty-something.

She dropped to the floor, jumping straight into an exercise routine. Stop thinking about it!

Coming into pushups, she struggled to do them in full. Bloody hand restrainer, useless for everything. Suppose that was what they wanted.

Sweat poured down her cheeks, arms shaking with the effort. Keep going.

She slumped to the ground, exhausted.

Moments passed, and the woman dragged a loose stone out from the ground. Hands trembling, she pulled the precious object out, gently and slowly. The smooth fabric cooled her quivering, sweaty fingers.

A thick sash of red, gold, and green, symbolizing both a triumphant and harrowing victory. They could take everything from her, but she would never forget what she’d done, who she was. She was a warrior — a war hero. The only thing left of her former self, and she would cling to it forever.

Fumbling to hide it, she dragged the stone back across, evidence of a hidey-hole disappearing. Under her clothes went the prized object, warm and reassuring against her cold chest. She scrambled back, head thundering, eyes wide with anticipation.

Blinding light. A short, stocky figure with light brown skin, wearing a uniform covered in badges, stood over her. “Mara.”

She rubbed her eyes. Was she hallucinating?

“Your behavior has improved. We have decided solitary confinement is no longer necessary.”

She tried to form a reply, nothing came. She hadn’t spoken since… Who knew? All her mouth could manage was a grunt.

“You shall be transferred to your new cell, effective immediately. Stand.”

Her leg groaned under the sudden effort. No, come on! It whirred into life, she stood, towering over her Warden.

Her first words in years.

They’d heard about her and about what she’d done. At least… what everyone else said. Wouldn’t it shake them if they knew the truth? The past threatened to creep up on her. She gritted her teeth, forcing it back into the far corners of her mind. Not now.

“Yeah! Can’t you see her hand? Someone said she could blast through a whole stronghold door!”

She grunted, shaking her head, and held up three fingers.

They gasped and shrunk back. She spun on her heel, swiping a tray from the pile almost as tall as her.

Faint scents wafted through her nostrils. Until this morning, they had only existed in memories.

Clunking over to the line, hardened criminals eyed her with a certain nervousness. For once, her reputation was useful. The crowd divided, giving her a free spot in the queue for sustenance.

Anger twisted inside her, threatening to surge forth and burst into a fiery tantrum. Don’t cause a scene.

“Be at ease. Everyone here gets fed. Just because I’m in front doesn’t mean you go malnourished.”

The stern, assuring quality of the replying voice made her start. She whipped her head around, getting a glance at the brewing trouble for the first time.

Two older lifeforms, tall and bulky, though not as much as her, stood over a green Anguin. He had a curly mop of brown-greenish hair and determined purple eyes. A silver circular implant just above his brow, without it, he wouldn’t be able to speak or understand Galactic Standard. Thank the divine the Warden hadn’t taken it away from him.

Far too young to be a prisoner. Yet he was in the same drab outfit as her.

The lifeform sniggered. “Here, the strong prey on the weak.”

She couldn’t stand there and do nothing. S**te, not again…

“I don’t think you got the message. Get out of line, or regret it.”

Mara Keres. A trained warrior and former highly respected peacekeeper. Note “former.” Once, she had her life under control. Once, she had the trust of the galaxy.

Now she rots in the same prison she used to sentence people to. Solitary confinement for six years. Would’ve brought anyone else to their knees. Not her. Then an offer resurfaces, almost too good to be true.

Ghosts of her past and demons come back to haunt her. Will she ever make it out alive? Sometimes, facing your worst memories is worth the risk.

Leo Flynn writes short stories and poetry but is best known for science fiction. Mara’s Awakening, book one of The Mara Files, an exciting science-fiction series, is the first book Leo has published. When not writing, Leo loves music, food, hunting intriguing but useless ideas, lurking in nerdy internet corners, and taking photos. Visit the website at leoflynn.com or on social media at @leoflynnwriter