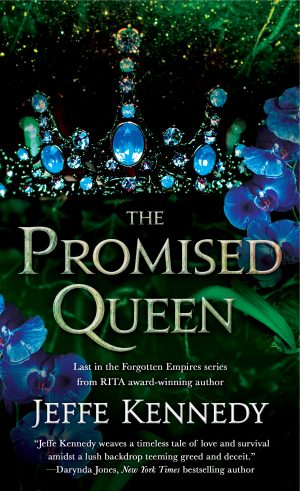 We walked in quiet for a few steps, Lia turning us at a four way intersection where all the paths looked the same to me. “Do you know where you’re going?” I asked.

“Metaphorically in my life, or literally in this maze?” she replied lightly.

“He has his moments. The answer is yes to both.”

“You know where you’re going in life?”

“That has never been a question for me. My life belongs to Calanthe.” Before I could say anything to that, she continued. “And there’s a pattern to the turns in the maze, which everyone knows, even if they never come this way. The maze is here primarily to prevent anyone from stumbling into the heart of the night court by accident.”

“Am I going to be shocked by what I see?” I blurted out, figuring I’d better ask.

She gave me an assessing look, eyes glowing with color, like the decorative lanterns did. “You might be. Do you mind? We can turn back.”

“No way. Not after I just confessed to regretting not learning what I could when I had the opportunity.” Besides, maybe I’d get some ideas about pleasing Lia. If I could figure out how to be a better lover for her, she might want to marry me again.

“You could still learn, you know,” she offered. “It’s never too late.”

For a pained moment, I thought she’d read that thought—then I realized she meant reading and stuff. “I’d feel like an idiot.” I could just picture it, sitting there like a hulk in some schoolroom, painstakingly reading aloud from a kid’s book.

“You said you feel like an idiot most of the time anyway,” she countered.

“Good point.” We turned twice more, and I began to get the pattern now. “Two lefts, then a right, and repeat?”

“Not that I’d come this way without you.”

“You could. The night court would—”

“I know, I know. You offered this before and I said I didn’t want it. Quit bringing it up.”

“No need to growl, grumpy bear.”

I laughed, a hoarse grating sound. “I thought I was a wolf.”

“It changes, moment to moment,” she replied. “And you’re not, you know.”

“An idiot. You’re a very intelligent man. One of the smartest men I’ve been privileged to meet.”

Claim the hand that wears the ring, and the empire falls.

Conrí, former Crown Prince of Oriel, claimed the hand that wears the Abiding Ring, but the prophecy remains unfulfilled. Queen Euthalia of Calanthe returned to her island kingdom, but broken in mind and body. With the blood of war unleashing ancient terrors, Calanthe isn’t the haven it once was. Lia must use her magical bond with Calanthe to save their people while Con fights to hold off the vengeful Emperor Anure and his wizards. Con and Lia will have to trust in each other—and in love—to fend off ultimate disaster.

In The Promised Queen, the thrilling finale to the Forgotten Empires trilogy, the fate of the world hangs in the balance as Con, Lia, and their allies sacrifice everything in a final bid to destroy the corrupt empire.