Hi Contemporary Romance friends! I’m M.C. Vaughan, and you know what I never get tired of in romance? The Look. That moment when one of the characters beams an adoring gaze—typically coupled with a dimpled smile—at the object of their affection. They aren’t a couple yet, and the giver of gaze has not yet declared their crush. But! The audience absolutely knows these two are perfect for each other, so we root for them all the way.

To celebrate the of the fourth book in Charm City Hearts series, CASTING HER CRUSH, which (no spoilers!) includes burning, yearning crushes, I’m sharing my Top 5 examples of The Look. These are presented in no particular order because I love them all too much. If your fave didn’t make the list? Please know that I’m constantly reshuffling this list because new candidates make themselves apparent on the regular.

Colonel Brandon (Alan Rickman) and Marianne (Kate Winslet) in Sense and Sensibility. I have NO IDEA why it took her so long to realize the wonder of Colonel Brandon.

Lawrence (Jay Ellis) and Issa (Issa Rae) in Insecure…will they get back together? I mean, all Looks point to yes. 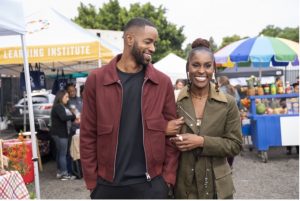 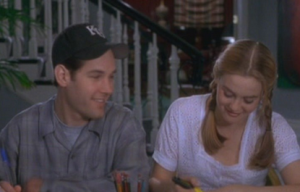 Nick (Jake Johnson) and Jess (Zoey Deschanel) in New Girl. Honestly, there were so many scenes where Nick clearly pined for Jess. I’m surprised it took them as long as it did to get together.

Marcus (Randall Park) and Sasha (Ali Wong) in Always Be My Maybe. Another second chance romance, where he realizes exactly who he let get away… 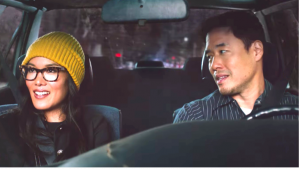 If any of these movies gave you the warm fuzzy tingles like they did me, I guarantee Casting Her Crush will be right up your alley. 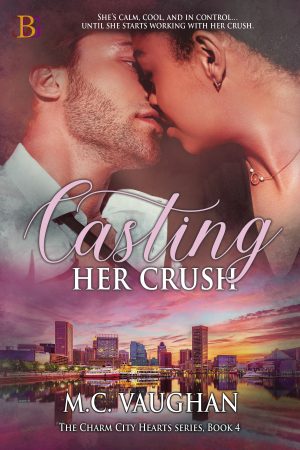 Romance with a co-worker is a terrible idea…unless he was the star of your teenaged fantasies.

As a teenager, MELINDA COLE underwent life-saving heart surgery. Ever since, the hyper-efficient stage manager has no patience for wasting time. She devotes herself to what matters most—her friends, her parents, and her job. Once upon a time, her boyfriend had a spot on that list. Then he broke up with her out of nowhere. So now? She’s diving deep into her work at Baltimore’s cutting-edge theater company, with an eye on becoming a director by next season.

MAX CAMERON spent his teen years as the heartthrob star of the number one family sitcom in the U.S. But now, years after his wild child lifestyle ended, he’d be lucky to score a spot on bad reality television. To reinvigorate his career, Max and his cameraman buddy have cooked up an idea they hope will turn viral. At the height of his popularity, he’d visited his number one fan as part of the Grant-a-Wish program. Dropping in on her today would be ratings gold.

Melinda has zero idea why Max Cameron, star of her teenage fantasies, has crashed her theater’s auditions. Or why he’s bearing flowers, a cameraman, and his trademark platinum smile. Before she can ask, the theater’s producer sees a stunt casting opportunity. Her boss cuts her a deal—if Melinda convinces Max to take the lead and coaches him to a Bard-worthy performance, then a directorship is hers. Challenge accepted, but she must keep her crush on lock. No one would take her seriously again if she fell for the leading man.

M.C. Vaughan is a Baltimore-based author of contemporary romance riddled with humor and local flavor. So, if you want to giggle throughout your sexy stories, welcome! You’ll root for her characters as they fall for their perfect people…and simultaneously want to throttle them for being big dummies about love.

She grew up in a house crowded with family, friends, books, music, and the occasional ghost. After graduating from Georgetown University with a degree in English literature (and an unofficial major in student- run theatre), she worked in sports marketing, higher education, toy production, and software development.

Currently, she lives in Maryland with her husband and three delightful kids.