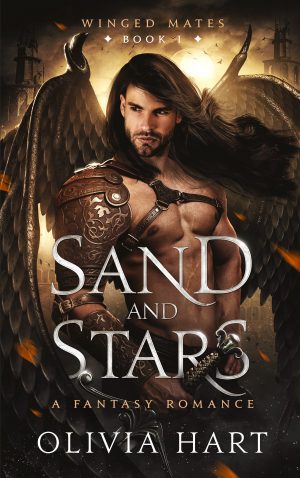 When I was only a step away from him, I stopped, but he closed the distance. “Put your arms above your head,” he whispered, his scent was overwhelmingly strong now that I was so close to him. Something about his voice was different. Had he realized that I’d been hiding things from him? Had he heard Mia and me talking last night?

I didn’t refuse his command, and I lifted my arms above my head. It would have done no good to refuse him. He could have forced me to do anything. I felt so vulnerable this close to him especially when he felt so different.

At the same time, I could feel my own warmth beginning to run through me just as it had when I’d touched his chest. A warmth that was so similar to the fire that the merkaba leaves had brought to me. It made me want to move, to do things I’d have been ashamed of, and more than anything, it made me want to feel more.

I didn’t know how he did it, but he was the only man that had made me feel like this. Being vulnerable only made it worse. I knew that he always had the power to do with me as he wanted. He could break my body without a second thought, and there was no to stop him or to punish him. This just made it so much more obvious.

One of his hands wrapped around both my wrists and he pulled just a tiny bit. Just enough to make me stand on my toes. I looked up into his eyes as his other hand brushed my cheek. He was so intense as he looked down at me.

He’s a beast who kills without mercy. My kidnapper. My enemy. My mate.

All I want is a simple life, but any chance of peace is stolen from me by a winged warrior prince. He sweeps through my village, leaving a trail of destruction in his wake—and taking me with him.

Born of battle, Marcellus is unstoppable. A storm of obsidian wings and steel who’s turned killing into an art form.

He says my visions hold the key to the hidden Elven kingdoms that his father’s vowed to conquer. Kingdoms I’ve vowed to protect with my life.

We’re on opposite sides of this war, and yet the dark and undeniable craving that sparked between us soon grows into a fire. It won’t be long until it consumes us both.

I’ve become his captive because of a prophecy. I’ll survive because fate has etched my name on his heart…

Olivia Hart is a new author in love with all things fantastical and paranormal. She writes about the darker side of fantasy romance with sassy heroines and flawed heroes.