General Garridan has lived for centuries without a bonded mate. Born an aristocrat, he chose to forgo his family’s wealth and privilege to fight in the Vampyre immortal army. After the centuries-long War of the Species ended, a new foe emerged, reaffirming his vow to protect his people. Although his father wants him to bond with an aristocrat and settle down, Garridan only has eyes for one woman.

Siora is a natural warrior. When the immortal army finally allows women to join, she pledges to become the first battalion leader as conflict consumes the realm. Once they defeat Bakari, she can settle into a security role at Lynia and help her father at his farm. Dreams of the amber-eyed Vampyre who relentlessly pushes her during training have no place in her world, even if the general is the only man who’s ever made her long for a bonded mate.

Consumed by her skill and effort, along with her inherent natural beauty, Garridan offers to help Siora secure a leadership position as they near the final battle. Although she swears they have no future, Garridan finds himself longing to claim the stubborn woman as his mate, no matter the cost. Can two warriors from different paths find love amid their blazing desire, or will fear douse their spark before it’s barely begun to burn?

Panting, Siora fisted her hands on her hips and huffed. “I was balancing on my left foot.”

“You weren’t,” Garridan said, shaking his head. “You leaned back on your right foot for leverage before shifting your weight. That’s a tell. You have to learn to summon strength without anchoring on your right leg.” 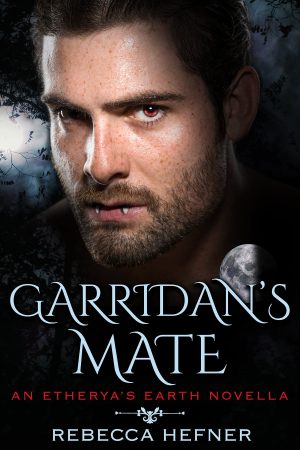 Frustrated, she sauntered over to the bench and grasped the water container, angrily chugging before slamming it down. “Damn it. I didn’t even feel myself do it.”

“That’s why we’re here,” he said, shrugging. “You’ll shake the habit with enough practice. Come on. Again.” He beckoned to her with his fingers.

Annoyed he was summoning her, she stomped toward him and set her feet. Lifting her hands, she mimicked thrusting a sword, and he charged forward. Attempting to sideswipe his thigh, she shifted her balance, and he landed a soft blow to her back, right above her kidney.

“F*ck!” she yelled, stepping back and rubbing her forehead. “I did it again.”

“Come on,” he said, encircling her wrist and drawing her back. “Keep going. You’re thinking too much.”

Annoyance pervaded her veins as they began to spar again, and she reminded herself not to take it out on Garridan. Although his persistence grated on her nerves, he was attempting to help. Her knee-jerk reaction had always been to lash out at him, but she was the source of her anger. Hating that she couldn’t control her tell, exasperation bubbled within.

“No, Siora!” he said, his tone gruffer than before. “You dropped the hip when I lunged at your side.”

“Don’t yell at me!” she screamed, unable to control the irritation at her continued failure. “I’m trying—”

“Why do you care?” she asked, lunging forward to resume their sparring.

Grunting, he blocked her blow and grabbed her wrist, whirling her around so her back slammed into his front. Emitting an “oomph,” he slid his arm around her waist, holding her in place so she didn’t strike him.

The silken skin of his lips brushed the shell of her ear as he muttered, “Low blow, Siora. You know I wasn’t ready—”

She elbowed him in the side, knocking the air from his lungs before trying to spin out of his grasp. Of course, she was no match for his strength and centuries of combined skill. Growling, he swiped her legs, causing her to yelp before she fell to the mat. He tumbled behind, his large body landing atop hers as he cushioned the fall with his arms.

“You son of a bitch,” she uttered through clenched teeth, struggling beneath him. Somehow, she managed to turn flat on her back and jutted her fist through the air, determined to knock the fangs straight from his perfect face.

“Damn it!” he gritted before grabbing her wrists and lifting them above her head. Pinning them to the mat, he held them there as he loomed over her, panting and breathless.

Siora struggled, her body wriggling under his, causing him to settle more firmly between her thighs. And then, she felt him against her leg. His hard, throbbing shaft pulsed into the tender flesh through her thin yoga pants, and his grip on her wrists tightened.

Lust blazed in his deep amber gaze before he closed his lids, his body stilling as he seemed to struggle to regain control. His erection pulsed against her skin, beckoning to her body even if her mind wanted no part of it. Knowing she was seconds away from gushing in her damn yoga pants, she emitted a soft whimper.

Those gorgeous eyes slid open and assessed her, the orbs weary but simmering with arousal. Confusion coursed through her as her eyes darted between his. Why was he aroused? Surely not because he was attracted to her. She wasn’t beautiful like Celine. Hell, she was light-years from beautiful. Was it just a visceral reaction to a close female body? Of course, that had to be it—right?

“You’re…aroused,” she said, realizing how lame the blatant observation must sound.

A muscle clenched in his jaw as he gritted his teeth. “Yes,” he said, contrition in his tone. “I’m sorry. I just need a second. F*ck…”

“Why…?” Struggling to find the words, she studied his flushed cheeks and mussed hair. “I’m not… I don’t understand.”

She worked her jaw, trying to find the words. “I’m not…pretty…or womanly…or whatever Celine is.”

Breathing a laugh, he shook his head. “You are certainly not what Celine is.”

Stiffening, she tried to pull her hands free. “Let me up—”

“Wait,” he said, clenching her wrists above her head with one hand as he slowly lowered the other. “That came out wrong.” Gently cupping her face, he inched closer. “You aren’t what anyone else is, Siora. Don’t you know that?” His throat bobbed as he searched her gaze. “You’re so much more than anyone I’ve ever met.”

The ability to be invisible 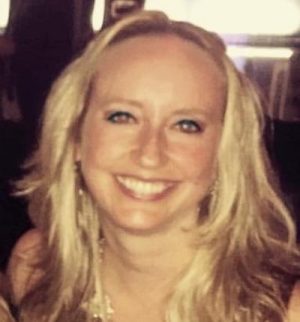 Rebecca Hefner grew up in Western NC and now calls the Hudson River of NYC home. In her youth, she would sneak into her mother’s bedroom and read the romance novels stashed on the bookshelf, cementing her love of HEAs. A huge Buffy and Star Wars fan, she loves an epic fantasy and a surprise twist (Luke, he IS your father).

Before becoming an author, Rebecca had a successful twelve-year medical device sales career. After launching her own indie publishing company, she is now a full-time author who loves writing strong, complex characters who find their HEAs.

Rebecca can usually be found making dorky and/or embarrassing posts on TikTok and Instagram. Please join her so you can laugh along with her!