Today we are celebrating the release of SHOT ACROSS THE BOW by Julie Ann Walker.

This is becoming a habit.

That was the first thought that ran through Mia’s head when she was jolted awake by the feel of a hot, hard body stretched out beside her.

Yes. Definitely beneath her.

It wasn’t the good kind of habit either. Not the getting-eight-hours-of-sleep or including-a-retinol-into-her-skincare-routine kind of habit. It was the good-way-to-get-her-pride-stomped-on-like-a-cigarette-butt kind of habit.

Spiro “Romeo” Delgado was so far out of her league it was like digging in the dirt with a stick as a kid compared to using advanced technologies to carbon date ancient bones. Like finding a penny on the beach compared to hauling up treasures of the deep. Like choking down Uncle John’s tuna casserole compared to dining on one of Bran’s homemade calzones.

Oh, she and Romeo might be well-matched in some areas. They both liked novels filled with angsty vampires, mischievous ghosts, and humorless werewolves. They’d both had less-than-ideal childhoods. And they’d both traveled the world—him on harrowing military missions and her on various hunts for sunken history.

So, sure, on paper they made a pretty good match. But people weren’t paper. People were people, with arms and legs and bodies and faces, and that’s where their similarities ended. 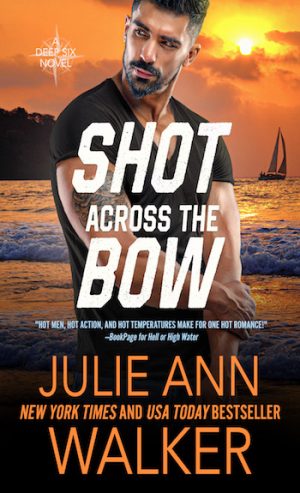 When it came to looks? To borrow one of her grandmother’s favorite phrases…my stars and garters! In the case of Spiro “Romeo” Delgado and Mia Ennis, Romeo was the stars and Mia was the garters.

Not that she thought she should go around with a paper bag over her head or anything. She was capable of being seen in public without causing people to turn away in horror. You know, when she spent twenty minutes on her makeup and twice that long on her hair.

But Romeo? He had a face like a two-week paid vacation, a profile so beautiful that every woman from seven to seventy did a double take whenever he walked by.

And that’s before they let their eyes travel down his body.

When that happened, their double takes turned into jaw drops. Seriously. They reminded Mia of that wolf in the old cartoons when his tongue unfurled across the table at the same time his eyes bulged from his head.

Romeo’s physique was…well…art. Like Michelangelo’s David, he was a study in sturdy bones, tough sinew, and meticulously defined muscle. In a word, yummy. In two words, holy crap! And in three words? Homina, homina, homina.

Not that Mia put much stock in looks. The most beautiful woman she’d ever known, her mother, was as vain and as selfish and as mean as they came. And Dr. Tamburro, her medieval history professor who had a severely disfiguring form of Muenke syndrome, was the nicest, gentlest, most generous person she’d ever met.

It was cliché, but she truly did believe that it was what was on the inside that counted. But there, too, Romeo outshined her.

You see, he was so much more than his movie star face and Olympian’s body. He was also steady and considerate and capable. The man her mind landed on when she was looking for a little peace. And despite her heart’s tendency to double-time it whenever he turned those melting chocolate eyes of his in her direction, she felt safer around him than she did around anyone.

Even the hurtful stuff that lived inside her.

And what had she done with this paragon of male perfection, you ask? Well, she’d slept with him.

Not the euphemistic slept with him unfortunately, but the literal slept with him. As in, they were still wearing their clothes from the night before. As in, she hadn’t washed her face or brushed her teeth, so her mascara was clumpy and her tongue felt like it was wearing a sweater. As in, he’d nodded off before she’d finished reading one chapter of In Darkness and Dreams and she hadn’t had the heart to wake him.

Okay, so that wasn’t exactly true. It was more like she hadn’t wanted to wake him.

When he was lying beside her, she was able to fall into a deep, dreamless sleep. Something that had alluded her since the day after her twenty-first birthday when she’d walked into her parents’ condo in Chicago to find her father’s face haggard and her mother crumpled into a wailing ball on the end of the sofa. When she’d been forced to realize she’d finally failed her younger brother completely, and that his blood was on her hands.

Yes. Before “sleeping with” Romeo, she’d thought a night without nightmares was a thing of her past. Which meant when she’d heard his soft snore while she’d been reading about the vampire Lazarus Luxido, her first instinct hadn’t been to jostle him awake and encourage him to head to his own hotel room. Oh, no. Her first instinct had been to shoot an imaginary fist in the air, switch off the lamp, and snuggle onto her side with her back to him.

She’d been careful to keep a platonic distance between them, because he’d made it perfectly clear all he wanted from her was friendship. Except, just as she’d done the last time he’d conked out while she was reading, at some point during the hours between dark and dawn she’d rolled toward him.

Her head was now pillowed on his chest. Her arm was thrown across his midsection. And she had one leg stretched over his hips.

Propriety told her she should move. The longing to luxuriate just a little longer kept her in place.

New York Times and USA Today bestselling author Julie Ann Walker delivers perfect pulse-pounding romantic suspense! The former Navy SEALs of Deep Six Salvage thought they could retire to the sea and hunt for treasures of the deep, but when trouble comes to visit, there’ll be hell to pay.

Former Navy SEAL Spiro “Romeo” Delgado is six-plus feet of high-octane charm, and he has two hard and fast rules. One, always come to the rescue of those in need. And two, never give up his fast and furious bachelor ways. But when Mia Ennis joins Deep Six Salvage on the hunt for the Santa Cristina, her mesmerizing blend of brains, beauty, and bravery makes him question everything he thought he wanted in life.

Mia’s traumatic past has taught her to keep everyone she meets at arm’s length. But Romeo, with that body that is forever tensed for action and that dark gaze that tracks her every move, makes her feel safe in a way she never expected. Yet the secret she carries compels her to keep her distance—even as the past comes back to haunt them.

A harrowing plane crash ends with Romeo and Mia marooned on a desert island. When a boatful of men bent on murder drop anchor, Mia discovers her only hope for survival depends on her letting her guard down around Romeo. But surrendering to the passion she feels for him might be the most dangerous thing of all…

“Walker blends the tender romance of a reassuring touch with lusty sex scenes… Readers will be panting.” 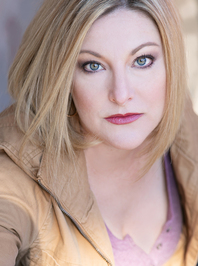 Born in Tulsa, Oklahoma, Julie grew up in a house full of women – she has three older sisters. As you can imagine, there was no lack of drama… or romance. Her mother enrolled her in a book club as soon as she began to read and it was the small spark that ignited her voracious appetite for the written word.

Because of Julie’s early immersion in literature, she found writing came quite naturally. In high school, she won multiple writing contests and was the proud senior editor of The Tiger’s Tale – her school newspaper.

During her college years, however, she longed for a challenge. “Reading and writing felt like second nature to me, so I looked for a way to flex my mental muscles,” she recalls. After receiving a Bachelor of Science degree, Julie began teaching advanced high school mathematics.

“I loved working with the students and facing the challenges of the classroom, but I longed for the occasional snow day when I could race to the local book store, buy two or three new novels, and curl up in front of the fire to read.”

It wasn’t until a fortuitous move to Chicago that Julie once more returned to her first passion.

Now Julie loves to travel the world looking for views to compete with her deadlines. When she’s not writing, she enjoys camping, hiking, cycling, cooking, petting every dog that walks by her, and… reading, of course!