I’m a bit late to the party on Jolabokaflod, but better late than never.  Jolabokaflod (“Christmas Book Flood”) is the Icelandic tradition of giving and receiving books on Christmas Eve followed by a relaxing night of reading those new treasures.  The idea began during World War II when paper was one of the few items not rationed.  Today, people begin shopping for book gifts as early as September.

I come from a long line of avid readers, so giving books for any occasion is at the top of my idea list.  And opening a new book gifted to me is always a treat.  What makes more sense than creating an entire holiday custom dedicated to books?  With a bit of tweaking, I plan to introduce a touch of Jolabokaflod to my family.  We have our own cherished traditions, and spending Christmas Eve with our noses in books wouldn’t go over well with everyone.  Understandable.  As much as I love entering a story world, I want to enjoy my family’s company on a holiday that comes but once a year.

On Christmas Eve, each family member is invited to choose a single present from under the tree to open early.  My spin on Jolabokaflod will include gifting books that night as well.  There’s nothing like holding a new novel and anticipating the fun of diving into a new adventure.  Some will wait until December 26th.  But once the evening’s festivities have ended, others will already be meeting a new cast of characters while everyone else is snuggled up waiting for Santa’s visit.

Read an Excerpt from Tinsel and Tea Cakes: 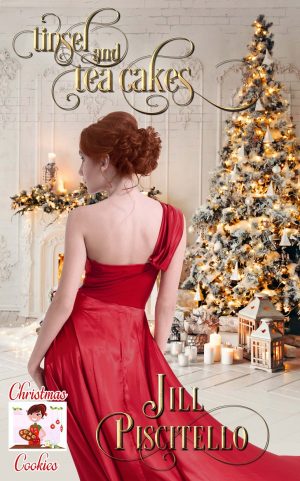 Lights flashed in the side view mirror. Another car parked behind them, but snow blocked all visibility through the back window. Boots crunching through snow announced the hulking figure before he appeared at the door. A scarf and hat covered most of the stranger’s face, and only a pair of emerald-green eyes peered in.

Scarlett inched down the window a crack. The possibility of this person being a deranged lunatic couldn’t be overlooked.

“Scarlett?” The man stepped back and tugged down the scarf.

She knew that face and opened her mouth to speak but couldn’t find a word. This day just kept getting better. Those eyes should have been the first clue, but never in her wildest dreams did she expect to see him again. The blur of memories racing through her mind dropped a throat-constricting concoction of confusion, hurt, and vile hope on her chest. “Wes.”

“What are you doing here? Aren’t you a little far from home?” A line formed between his eyebrows.

Clarice leaned forward to get a better glimpse of their potential knight in shining armor.

“More than a little.” Coherent thoughts took shape in the form of questions and accusations. Every fiber in her being burned at the thought of asking him for help, but alternative options were few and far between. Who knew how long before roadside assistance arrived? Fine, maybe he’d get her out of this mess, but making small talk didn’t need to factor into the exchange.

Hair stylist Scarlett Kerrigan lost her job and her apartment. To alleviate a touch of self-pity, she succumbs to her stepmom’s pressure to attend a wedding in the New Hampshire White Mountains. Unfortunately, she runs into the vacation fling who promised the moon but disappeared without an explanation. Months have passed, but she is not ready to forgive and forget.

After a chaotic year, executive Wes Harley settles into his family’s event venue, The Timeless Manor. His carefully structured world is shaken to its core when Scarlett arrives for the Victorian Christmas wedding weekend. The feelings he never quite erased flood to the surface.

When secrets are revealed, will a magical chateau and a sprinkle of tinsel be enough to charm Scarlett? 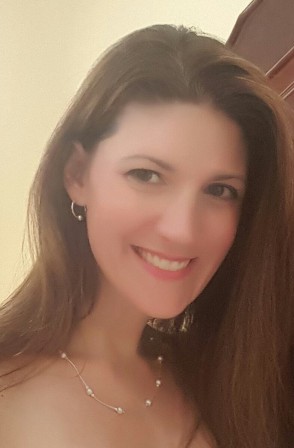 Jill Piscitello is a teacher, author, and an avid fan of multiple literary genres. Although she divides her reading hours among several books at a time, a lighthearted story offering an escape from the real world can always be found on her nightstand.

A native of New England, Jill lives with her family and three well-loved cats. When not planning lessons or reading and writing, she can be found spending time with her family, trying out new restaurants, traveling, and going on light hikes.