Fire of the Frost 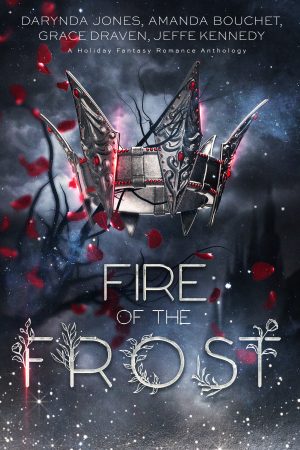 Iliana shuddered at the thought. She couldn’t bear the prospect of the Betrothal Trials for herself. She didn’t have Nic’s spine, her sheer determination to triumph despite being relegated to the life of a familiar. Iliana didn’t think she could bear to be sequestered for as long as a year, visited by a different wizard suitor each month until one impregnated her and won the right to make her his bonded familiar. Iliana wasn’t exactly surprised Nic had chosen that route. Her MP scores were brilliantly high, so she’d have an exceptional field of High House wizards vying for her. No one so impressive would try for Iliana.

And that was if she could bear for anyone to touch her but Han. She couldn’t even imagine it, since her heart had belonged to him for years.

Naturally she’d never told Han how she felt. He didn’t need more pressure. Given everything he was dealing with, Han didn’t need his best friend pining after him in hopeless and unrequited love. It wasn’t as if he could force himself to unlocking the mysterious faculty that allowed a wizard to access the magic a familiar could only accumulate. The Convocation had a long history of experimentation on familiars, attempting to force that ability. It had resulted in a lot of dead or insane familiars. Fortunately, Convocation law protected them now. It would be lovely to think the Convocation protected familiars out of recognition of their basic rights as human beings, but the Convocation set policies for one reason only: profit. Familiars were far too valuable to be squandered.

Regardless, even as a moderately talented familiar, Iliana was destined for a life of service—to an individual wizard or to the Convocation in some capacity. While it was a lovely fantasy to imagine Han as a wizard, who would then choose her for his familiar, it was only that, a fantasy. Han wouldn’t have much more say in choosing his familiar than Iliana would in choosing her wizard. And, even if his family did let him choose, and if the Convocation approved Iliana as a match, Han might not choose her at all, an even more potentially heartbreaking outcome.

So she’d never acted on her feelings for him, had never asked him if he thought of her as more than a friend. That kiss on her cheek… it still tingled, but her skin couldn’t determine if that had been a kiss of friendly affection or more.

And it didn’t bear contemplating, especially since she had class to attend.

From Darynda Jones, a standalone novella set in a world where vampyres are hunted for sport. The only thing standing between them and total annihilation is Winter, a warrior bred to save them from extinction. Forbidden to fall in love, Winter cares only about her oaths… until she meets the devilish prince of the underworld.

Amanda Bouchet transports The Kingmaker Chronicles to modern-day New York City. An exiled warrior finds himself in the Big Apple just before the holidays. On a vital mission for Athena, he meets an imperiled French teacher from Connecticut, and soon they’re knee-deep in inexplicable phenomena.

Grace Draven brings a novella-length expansion of a stand-alone short story in which a cursed mage-king from a frozen kingdom is obligated to marry a woman of high-ranking nobility but meets his soulmate in a lowly scribe.

From Jeffe Kennedy comes a standalone novella in the Dark Wizard world, where an ancient holiday is resurrected and clandestine lovers find the courage to pursue forbidden joy.