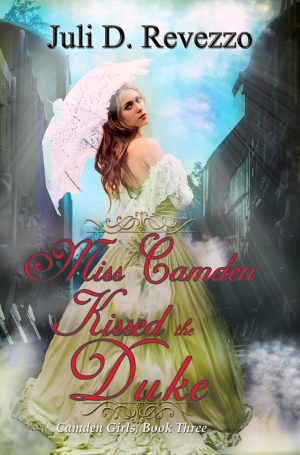 A slip of a lady, the maid had pulled her dark hair back in a bun the thickness of which held up her black cap. A hint of flour dusted her pretty face, but her hands were clean as she touched Mrs. Bean’s shoulder, leaning in to whisper—a little too loudly—in her employer’s ear. “—McFadden is here to collect Miss Katrine.”

Isabelle overheard what the maid said, even as the man himself appeared on the parlor threshold. She wondered that he came to collect his sister. His dark-eyed gaze traveled over the parlor, over her, then alighted on Miss Katrine. “There you are.”

He did a double take, locking eyes on Miss Bean and bowed. “My apologies, Miss Camden. I didn’t see you there.”

Why on earth is he smiling at me?

The truth must lie in where McFadden had spent his day. He had to be polite to her and her mother first, as he was trying to gain information and assistance from her uncle, her father, and her brother-in-law.

Lord? Why did Mrs. Bean call him Lord, Isabelle wondered. She cocked her head, studying him. McFadden held her stare for stare. Did she have something on her nose?

The second passed too soon and he turned his attention to first his sister, then their host. “I hope Katrine behaved herself.”

McFadden flicked his gaze back to his sister. “Did she?”

“Quite a bit,” the woman said. “I understand her mother died.”

“May I offer my condolences, sir?” Mother said.

McFadden nodded. “Thank you, ma’am.” He glanced to his sister. “Where did you leave the Marchioness?”

“The Marchioness?” Isabelle wondered, seeing no one here who had such a title.

Katrine crossed her arms. “Mrs. Bean took her away.”

McFadden looked to their host. “For good reason, I’m sure. Did you make her do something unladylike?”

Mrs. Bean’s lip twitched, annoyance written on her features. “If you don’t mind my input, sir, your sister is too old for dolls.”

“I gather you hadn’t expected another guest, Mrs. Bean.” Isabelle met the older woman’s gaze. “So you hastily set up a table for her in the kitchen.”

Isabelle stepped forward. “Luanne, will you please make the Marchioness’s excuses for the others? I gather she has other appointments.”

McFadden gave her a grateful look. The maid soon returned with a doll as long as her arm, in a beautifully wrought pink gown that matched the blush painted on her smooth wooden cheeks.

The girl immediately snuggled the doll into her arms, beaming at Isabelle. “Thank you, Miss Camden.”

When the girl turned toward the door, McFadden stopped her. “What else do you say?”

“Thank you for the boring day.” Katrine paid more attention to the doll. She headed out the door.

Isabelle hid a smile behind her hand.

McFadden’s jaw twitched. “Ma’am, thank you for hosting Katrine. I’m sorry she was so grumpy.” He bowed.

Again, Isabelle noticed his gaze on her, then he too swept out of the room.

Lyall did his best to keep his anger in check, but barely. He hailed a cab for them, and as soon as the door closed, he glared at Katrine. “What did you do this time?”

“Then call her by her correct name. What else did you do than forget proper address?”

“Nothing naughty, I promise!”

“No? Then why are you—” Acting like a spoiled child, misbehaving. “—whatever you did to anger Miss Bean.”

“Then she took away your doll for what reason?”

“You didn’t say anything evil?”

He pinched his eyes shut. “The Marchioness didn’t say anything evil on your behalf?”

The girl pursed her lips.

Fresh on the heels of romantic heartbreak, Miss Isabelle Camden agrees to become companion for the sister of a busy, arrogant duke. She plans to keep her distance, but when a snowstorm strands them outside London for days, an unexpected dare sets propriety at naught…and sends her into the duke’s arms.

Thank you, Jen, for having me on your blog today. If your readers wish to continue reading Miss Camden Kissed the Duke, the book is available in ebook and paperback at Amazon. https://books2read.com/u/bxa5vo 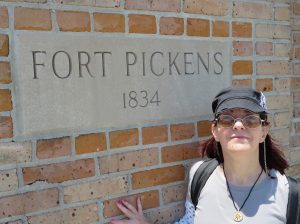 Juli D. Revezzo loves fantasy and Celtic mythology and writing stories with all kinds of fantastical elements. She is the author of the Antique Magic series and the Paranormal Romances Stewards War and Celtic Stewards Chronicles series, Steampunk and Victorian romances the Camden Girls series, Vesta’s Clockwork Companions, House of Dark Envy, Gothic fantasy romance, Lady of the Tarot, Victorian romance Watchmaker’s Heart, and more. She is also a member of the Independent Author Network and the Magic Appreciation Tour. To learn more about this and future releases, visit her at: https://www.julidrevezzo.com/