Today I’m happy to welcome Victoria Sue (also known as Tori Kellett) to the blog. She’s answering a few questions and telling us more about her most recent releases. Please help me welcome Victoria!

Featured Author Q and A:

Can you tell us a little bit about your writing: What genres do you write? Do you prefer to write one genre over another?

That’s a little bit more complicated now I have two pen names – but basically I prefer something exciting. Paranormal, Action and Adventure, Fantasy. As Victoria Sue I write MM romance, but I like to mix genres. For example my current series is technically MPreg, but there’s shifters, kidnapping, torture, action – my guys just happen to have babies as well!

Under my Tori Kellett pen name I let the girls get in on the action. Same adventure, kidnapping, falling in love – but this time the guys are seven foot tall alien princes or warriors.

What is your newest/upcoming release? Tell us about the book and series.

My latest release under Victoria was “Baby and the Billionaire” about a human falling in love with a wolf shifter omega and taking on a whole panther clan to save his life.

My newest release under Tori is out next week. “Betrayed by the Alien Warrior” is book five in my Warriors of Ishtaan series. A failing alien planet in the midst of civil war and interplanetary conflict and the six human women who basically save their alien asses.

(And very nice asses they are)

What is your favorite thing about the Coastal Magic Convention?

I think the best way to sum up Coastal Magic is to say that a few of the readers I met at my first one five years ago are now some of my best friends. As in attending my daughter’s wedding level of friend. (Because our daughters are besties as well)

I love seeing people I haven’t seen for twelve months as well – ughh it’s soon going to be three years assuming we get the world sorted by 2023. But as an author I also met my treasured group of beta readers at Coastal that have been with me for at least four years. And I’m naming no names because they’re mine and no one else can have them 😉

Coffee or Tea? Both so long as they are hot. The only good place to put cold tea is down the drain.
Beach or Pool? Pool – I’m a red head so I need lots of shade.
Mermaids: real or fictional? I’m an author – you really need to ask???
Cozies or police procedurals? Police BUT only if theirs a personal relationship in there as well. At the moment I’m listening to a romance about a guy falling in love with a psychopath serial killer (It’s okay he only kills the bad guys) And it’s amazing!
Cats, dogs, pigs, or other? The love of my life and chief story wrangler is Bailey. He even takes over my newsletter every so often as well! 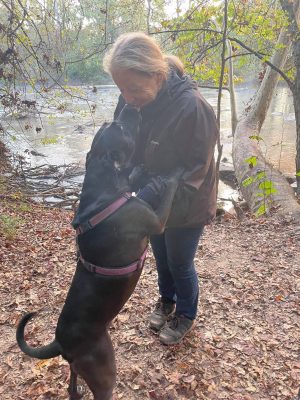 THANKS so much for playing along, Victoria! Now let’s learn more about her most recent titles:

Baby and the Wolf by Victoria Sue 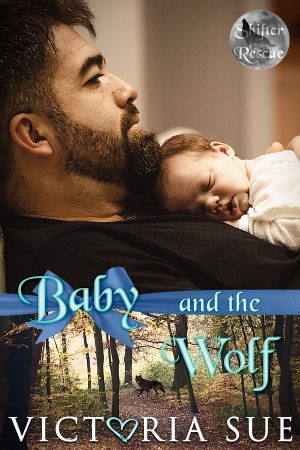 Just when Emmett thought things couldn’t get any worse…

Orphaned at the age of nine and sent to live with his abusive uncle, Emmett Keefer felt his life was over before it even began. Eleven years later, desperation gives him the courage to run…right in front of a moving vehicle. Not his smartest decision, but he can’t be too upset when he winds up in the arms of his gorgeous hunk of a rescuer.

As a mixed breed wolf shifter, Ryker Sullivan long ago accepted that he would never be Alpha of his own pack. Instead, he focuses on saving other shifters from being persecuted or, worse, killed for not being pure breeds. Getting involved with the human who ran in front of his truck would be a giant mistake, but he can’t just walk away from nearly running over the guy.

The attraction is instant on both sides and giving into a one-night stand seems harmless, but neither man is prepared for the truth about Emmett and how his mother died…or how it will change their lives forever.

There are TWO free stories on prolific works to go with this series. Baby and the Bear: readerlinks.com/l/1836599 Baby and the Alpha: (Part of a huge giveaway I’m in)  https://claims.prolificworks.com/gg/B8lTWZC56KYXgy4HeNmP

To keep up to date with me, either –
facebook https://www.facebook.com/groups/VictoriaSue or
weekly newsletter (more freebies) https://bit.ly/VictoriaSueNews

Kidnapped by the Alien Prince by Tori Kellett 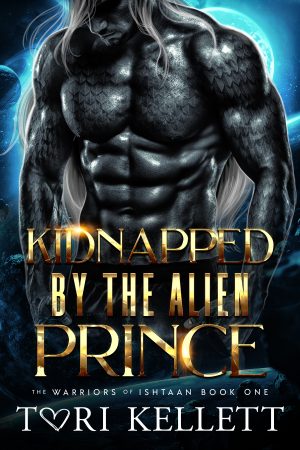 Torn between duty and desire, and on the brink of civil war, Zak only has one shot to get it right for all of Ishtaan and the woman who stole his heart.

Callie dreamed of being whisked away from her rat-infested apartment and the mountain of debt due to failed fertility treatments her ex left her with, but waking up on an alien spaceship a million miles from Earth was not the improvement she was hoping for. Discovering that she was one of six other female captives taken to repopulate a dying alien civilization did not make it better. But finding out she was expected to mate with the towering, silver-hued alien was the final straw.

First Prince Zakaarir was out of choices. His sire’s greedy ambitions brought their world to the brink of starvation and started an interplanetary war that nearly destroyed their people. Their females were dying of a genetic disease, and bringing in replacements from another world was a last desperate attempt to save all Ishtaans from extinction. All he needed was to make one his Queen so he could claim his title and save his people from another war.

Beautiful, smart, and far too independent for her own good, Callie was the last thing he expected, and the worst thing that could happen as Callie couldn’t give him the young he so desperately needed.

In a last desperate race against time when the unthinkable happened and his sire committed the ultimate betrayal putting Callie’s life in danger, Zak knew he would be forced to choose between the woman he was coming to love…

And the people he was sworn to protect.