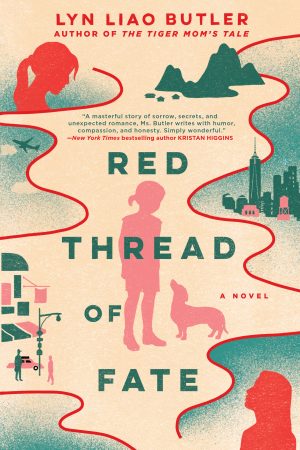 When the bell finally rang and she saw her charges safely to the bus and pickup area, she huffed out a breath and rushed to her car. Tony hadn’t called and she still couldn’t get through. She threw her phone on the passenger seat in frustration. Driving the short distance to their home in Dobbs Ferry, she decided she would call the police when she got home. Maybe they could trace his cell.

But as she pulled into the dead-end street that led to their town house at the bottom of the hill, her heart sank. Sitting in front of their unit was a Dobbs Ferry police car. She knew then—something bad had happened.

She pulled into her parking spot and gripped the steering wheel hard to stop the tingling in her fingers. When her vision blackened, she squeezed her eyes shut and rested her head on the cool leather between her hands. She forced herself to breathe slower to stop the panic from taking over her body, not wanting to leave the safety of her car. She knew that the minute she got out, her life would change forever, and she wanted to hold on to her old life for as long as she could.

What happened next passed in a blur. Facing the sympathetic-looking officers as her legs turned to jelly, she heard only bits and pieces of what they said.

The officers’ radios buzzed to life in a burst of static, and Tam turned toward the noise, her eyes glazed.

She turned back to the officers and they swam in front of her eyes. She swayed and would have fallen if one of them hadn’t reached out to steady her, helping her inside and onto a chair. They continued to speak, but they might as well have been speaking Russian for all that she understood.

She looked down at her lap to avoid their gaze, grabbing fistfuls of her dress in her hands to keep from screaming. Then her eyes widened as she realized with dawning horror that she was wearing the symbolic color of death in China. Tony was more traditionally Chinese than she was and had commented this morning that she was dressed for a funeral. Had she killed her husband by wearing white today?

She looked up, eyes wide with shock, and shook her head. The officers kept talking and she scrambled to understand, but her body refused to cooperate. She was frozen in her chair. Suddenly, something they said penetrated the fog that had descended over her brain.

“Flushing police? What do you mean? He was in Manhattan, at Columbia University, where he teaches.”

The officers looked at each other and then at her. “Uh, no, ma’am. He was on the corner of Main and Roosevelt in Flushing, Queens.”

Ma’am? She was a ma’am now? How’d that happen? She had an absurd urge to laugh and had to choke it down. “You’re wrong. I was on the phone with him. He said he was going to the deli on Amsterdam Avenue.” Tam pulled her phone out to show the officers, as if that would prove he was in Manhattan at the time of the accident. Maybe they had the wrong man, since her Tony was at Columbia where he belonged, and not miles away in Flushing, Queens.

The officers exchanged another look. The younger one asked if they could call a friend for her. Tam closed her eyes. She put her hands over her ears, knowing she was being childish, but she couldn’t help it. She didn’t want to hear any more. They were mistaken. They had the wrong man. She needed to make them stop, stop trying to ruin her life when she knew Tony was fine.

“His cousin was with him.”

Her eyes flew open. She’d heard, even through her hands. Tony only had one cousin. “Mia? He was with Mia?”

One of the officers looked at his pad and said, “Mei Guo. She didn’t survive either.”

“Oh, no. That’s her. She goes by Mia.” Her head began to ache and she could feel every heartbeat in a vein in her temple. What was going on? Mia was dead too? Why would Tony tell her he was at work if he’d been with Mia? Hysterical laughter bubbled out of her and she was suddenly laughing even as tears streamed down her face and soaked her dress.

She gave in and let the police call her friend Abby Goldman. She was grateful to see her friend’s familiar pouf of curly blond hair and sank into Abby’s arms, the tears falling fast. She could finally let go and stop trying to piece together the events of the day, which made no sense.

Tam didn’t remember driving with Abby to Flushing from their town in the suburbs of New York City or identifying the body. She didn’t understand a word anyone said to her in the noisy police station except that one young officer thought it was incredible she had been on the phone with Tony when he died. She kept hearing him say, “That’s so weird. She was on the phone with him!” until an older officer hit him on the side of the head and told him to shut up.

She let Abby take care of everything. All Tam wanted was to curl up in her warm, familiar bed with the blankets over her head, the smell of Tony lingering in the sheets. Her eyes were red and gritty and she was so tired, yet every time she closed her eyes, she heard again the last words he ever said to her, ringing like a giant gong echoing in a temple: “HOLY SH*T!” They rarely cursed, so for that to be his last word to her made her feel like . . . well, sh*t.

When they finally, finally got home, Abby helped her upstairs to her bed.

“Here, take this.” Abby handed her a round pill. “It’ll help you sleep.”

Tam took it and gulped it down with the water Abby handed her, eager for the pill to work and take her away from this nightmare. She pulled off her clothes and put on one of Tony’s T-shirts. Crawling into bed, she longed for sleep to stop the spinning of her mind and the questions she refused to acknowledge. But before the darkness finally took her, one thought broke through her defenses. What was Tony doing with Mia in Flushing when she knew they were no longer speaking?

Two days before Tam and Tony Kwan receive their letter of acceptance for the son they are adopting from China, Tony and his estranged cousin Mia are killed unexpectedly in an accident. A shell-shocked Tam learns she is named the guardian to Mia’s five-year-old daughter, Angela. With no other family around, Tam has no choice but to agree to take in the girl she hasn’t seen since the child was an infant.

Overwhelmed by her life suddenly being upended, Tam must also decide if she will complete the adoption on her own and bring home the son waiting for her in a Chinese orphanage. But when a long-concealed secret comes to light just as she and Angela start to bond, their fragile family is threatened. As Tam begins to unravel the events of Tony and Mia’s past in China, she discovers the true meaning of love and the threads that bind her to the family she is fated to have. 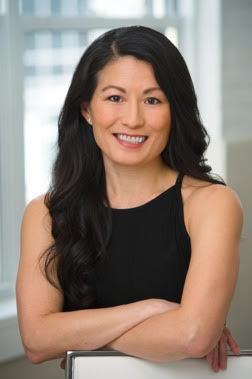 Lyn Liao Butler was born in Taiwan and moved to the States when she was seven. In her past and present lives, she has been: a concert pianist, a professional ballet and modern dancer, a fitness studio owner, a personal trainer and instructor, an RYT-200 hour yoga instructor, a purse designer with an Etsy shop and most recently, author of multi-cultural women’s fiction. Lyn did not have a Tiger Mom. She came about her over-achieving all on her own.
When she is not torturing clients or talking to imaginary characters, Lyn enjoys spending time with her FDNY husband, their son (the happiest little boy in the world), two stubborn dachshunds, and trying crazy yoga poses on a stand-up paddleboard. So far, she has not fallen into the water yet.