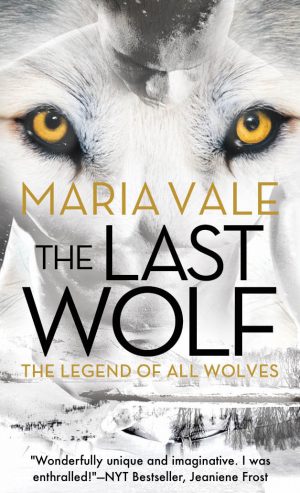 Setting: Silver had never been Offland before, but with Tiberius as her guide she tries it. She manages in the grocery store, in the pet shop, but then at the last stop, a gas station, she starts to lose it.

There are a lot of irritating noises here. The flickering lights overhead. The refrigerators. The countertop oven with wrinkled carrion sticks circling endlessly on metal rods.

And everything smells like death: the gas, this man, and those wrinkled carrion sticks. Hot dogs, the sign says, 2 for $1.50.

The dog in me is getting panicky. She doesn’t like the overheated air buffeting my skin or the slick plastic smell everywhere.

And she wants to claw out that man’s disapproving eyes.

“Bathroom,” Ti says in that quiet, dark voice that feels like night air on my soul right about now. “If that’s okay by you.”

Ah. So this is the Junkyard Man.

“You know, one of our pups fell—” I start, but Ti interrupts me.

“Why don’t I just pay, and then we’ll be on our way.” He hands the man another one of the prepaid cards the Pack keeps in a box in the office.

“I’ll take a receipt,” Ti says when the man hands the card back.

“You’ll take yourself out of here is what you’ll do.” And the man pulls back his camouflage jacket. I see the handle of a big gun stuck in a holster.

In that second, my breath comes fast and my heart beats hard and a growl rumbles through my chest, but Ti just shakes his head at me.

How is it that he is never afraid? How is it that I never scent that cocktail of salt and old leather, the potent combination of sweat and adrenaline, the smell of fear? In one step, he pulls the receipt out of the cash register and hovers above the man so that the Junkyard Man can feel the many inches Ti has on him. Feel that this man, my bedfellow, has the BMI of a jackhammer.

The bell rings at the door, and the man lets his jacket fall, covering the gun. It’s no one, just a thin older man with a yellowed mustache and yellow fingers.

The man looks for a moment at Ti, and then his eyes slide back to the Junkyard Man. “Marlboro Red, Anderson. Soft pack.”

Ti’s mouth tightens, his nose flares under his furrowed brow, and my unflappable bedfellow suddenly smells like a crushed cottonmouth.

“Time to go,” he snaps, putting his hand around my arm.

The door to the back office is opened slightly. The boss watches through the crack.

“I can’t believe you let him treat us that way.” Bafflement flits across the boss’s pimply face as I point to Anderson. “I don’t know how you got to be in charge, because you’ve got the balls of an Omega.”

Ti jerks hard on my arm, and I stumble across the threshold of the body shop.

“What would make you say that?” he says, clambering into the car beside me. “He’s not in charge; he’s just some high-school kid.”

“Didn’t you see? It said, right here…” I jab my finger at a spot high on my left breast. “It said ‘BOSS’ in big letters.”

Ti starts the car, and the engine roars on. I sniff hard, trying to get rid of the smell of the carrion sticks, but all I get is the smell of petroleum. The faces of the angry junkyard man and the frightened boy who was not the boss and the man with the yellowed mustache tapping his red-and-white package against the heel of his palm stare through the window until we are out of sight.

At a stop sign, Ti reaches across me to pull on the seat belt.

But I’m feeling angry and like I need to run, and I push him away.

A car behind us beeps, and I leap out of my seat.

Whoever it is leans on their horn, and my breathing comes faster, and I kick off my shoes.

“Sh*t,” Ti hisses, then steps on the gas, one hand holding the wheel, the other pushing me back against the seat.

Unzipping my jeans, I wriggle my hips until my bottom half is bare.

But it’s too late. My face starts to push forward before I’ve even stripped off my shirt. Ti floors it, taking the curves at a squeal. At a dirt road, he peels off down what will probably be a snowmobile track soon.

He hits the brakes and then comes around to my side and opens the door. He lifts my grotesque half-changed body from the seat. My eyes can’t focus and my ears can’t distinguish, but as I lean against his chest, I feel the rumble of his voice.

As soon as he lays me on the moldering pine needles beside the path, I start to stumble off, ricocheting against a willow.

I’m already far away when I can finally hear him, his usually soft voice raised in a yell.

I’m careful to keep low and to the trees as I race for our territory. Once I cross the marked and posted boundary, though, I don’t head straight back to the Home Pond. Instead, I run wild, reveling in the crunch of frost-covered leaves under my paws. At the peaks, I breathe deeply the ice-cold air and watch the subtle shifts of soft gray over the lower peaks and valleys all around me, each damp caress washing away the heat and death.

The sun is almost gone by the time I stumble awkwardly up to where Ti is seated on the Boathouse dock.

As soon as I’m in skin, he opens the big red-and-gray-striped blanket wide. I curl naked into his lap, and he props his head on mine.

I lay my hand on his chest. “Why were you so angry about that man in the gas station? Not the man with the gun. The other one. The man with the dying lungs?”

“I wasn’t. You were getting upset. I was worried about you.”

I frown, my finger beating with the speeding rhythm of his heart. I know there’s something going on inside here. A man as much as threatened him with a gun. But Ti stayed stone-faced and quiet voiced. That changed, though—I know it, I smelled it—when he saw the man with the yellow-stained fingers and breath like coal and rot.

“Ti?” I shift up so I can whisper in his ear. “You know we’re not allowed to kill without eating. But if you need me to, I will eat him for you.”

Silver Nilsdottir is at the bottom of her Pack’s social order, with little chance for a decent mate and a better life. Until the day a stranger stumbles into their territory, wounded and beaten, and Silver decides to risk everything on Tiberius Leveraux. But Tiberius isn’t all he seems, and in the fragile balance of the Pack and wild, he may tip the destiny of all wolves…