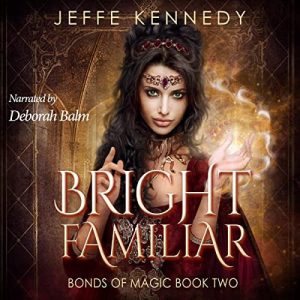 How do I look?” She sleeked her palms along the short sides of her hair, then shook out her skirts.

She wore the soft purple linen gown, the one with the neckline that showed off a great deal of her bosom—and the ring of bruises in contrasting green decorating her collarbones. Personally, he was hoping one of their impending guests would be the healer. “You look incredibly beautiful,” he told her in perfect honesty, gaze lingering on her tantalizing breasts.

She wrinkled her nose. “Not do I look good enough to bed. Do I look presentable for Convocation company?”

“Both,” he said decisively, then picked up her hand and kissed it, rewarded with a dry but sincere laugh. “Let’s take in the view while we wait.” Interlacing her delicate fingers with his, he led her down the broad steps and onto the thick lawn. Reaching the verge of the pond, they turned, taking in the full grandeur of House Phel.

Nic whistled, low and long. “I have to say, I’m impressed despite myself. Goodbye, decrepit manse. Hello, House Phel.”

He nodded, not quite summoning the words. A surprising wave of emotion welled up in him, a bewildering tide of grief, joy, pride, fury, and cold vindication. Nic had said he’d inherited the Phel magic. In that moment he wondered if he’d also come into possession of the legacy of those final generations of Phel wizards. The bone-deep love of this house and exhilaration at seeing it intact, rising grandly against the misty blue Meresin sky felt not entirely his.

“We did this,” he said in a hushed tone, squeezing Nic’s hand. He looked down to find her gazing back with eyes glimmering green with similar emotion. “If nothing else, you and I did this.”

“Yes, we did.” She transferred her gaze to the manse. “This is a good thing. Special and important.”

“The south wing does appear to be a mirror of the north,” he observed after a moment, and she giggled.

“What a practical observation, Lord Phel,” she accused with a mischievous smile. “I may be rubbing off on you.”

He nearly made an off-color remark about her rubbing on him, when one of the visitors hailed them. “Hey there, the house,” a dark-skinned young man called. “Lord and Lady Phel?”

“Remember,” Nic advised under her breath. “Arrogant, powerful, lord of all you survey, including me.” She tried to tug her hand out of his, but he held on, suppressing a smile at her muttered imprecations about obstinate wizards.

Probably his impulse to wave in welcome wouldn’t fit the arrogant image, Nic recommended, so he straightened instead, inclining his chin slightly as the sled coasted to a stop before them. Three women and one man, all brightly dressed as if for a festival, bowed their heads in greeting. None of them could be any older than Nic. One young woman smiled directly at Nic, a happy glint of friendship in it.

The young man leapt out and bowed fully. “I am Asa, wizard and emissary of House Refoel, submitting my application to be contracted to House Phel.” He produced a rolled scroll with a flourish, stamped with the Convocation seal. “My MP scores and other relevant documentation.”

Asa seemed pleased, giving another bow. “I and my house welcome House Phel’s invitation for placement. We support and celebrate House Phel’s reinstatement, and we look forward to a strong alliance with the Convocation’s newest house. My familiar, Laryn.” He held out a hand without looking, and a dainty, fair-skinned brunette stepped out of the sled. She curtsied to Gabriel, eyes demurely lowered, then slid a curious glance at Nic, who nodded to her minutely.

“I hope,” the Refoel wizard continued, “that I will be an acceptable addition to House Phel.”

Gabriel realized—after a slight and awkward pause—that it was up to him to say something to the Refoel wizard’s obviously rehearsed speech. Clearly he should have Nic teach him some polite responses to these overtures. Arrogant, powerful, lord of all you survey. “House Phel appreciates the good will of House Refoel,” he replied. “Lady Phel and I appreciate the long journey you’ve made to join—” At the hiss of Nic’s breath, he hastily revised his words. “To introduce yourselves and apply for the position.” He waggled the scroll. “I shall review your documents.”

He wanted her with consuming passion… and so did the monster within.

Lady Veronica Elal has been freed from her tower—and entered a life of servitude. It doesn’t matter that her wizard master has odd ideas about circumventing Convocation tradition and making their relationship equal. Nic prides herself on her practicality and that means not pretending her marriage is full of hearts and flowers. Besides she understands that, despite her new husband’s idealism, they face obstacles so great the pair of them could be crushed to nothing, even without dashing themselves brainless trying to fight the Convocation.

Lord Gabriel Phel has come this far against impossible odds. He was born with powerful wizard magic, the first in his family in generations. He’s managed to begin the process of reinstating his fallen house. And—having staked his family’s meager fortune to win a familiar to amplify his magic, a highborn daughter to be mother to his children, his lady, and lover—he rescued Nic in a distant land, successfully bringing her home to House Phel. Though she’s cynical about their chances of success, he’s certain they can defy their enemies and flourish. Together.

But, the more Gabriel discovers about working with the fiery Nic, attempting to learn the finer points of wizardry and marriage, the more illicit fantasies plague him. His need for Nic—and the dark cravings she stirs in his black wizard’s heart—grow daily. Though Nic has reconciled herself to being possessed by Gabriel—and indeed yearns for even more from her brooding and reluctant master—creating a new life for herself isn’t easy. Especially when Gabriel seems determined to subvert the foundation of her world. Starting with her father.