Please welcome Varun Sayal to the blog today. He’s here to tell us a little about himself and his Superhero series! 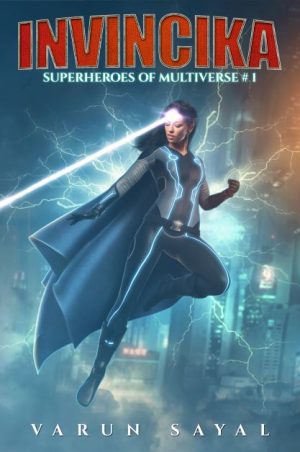 Why did you pick superhero as a genre?

I am a big-time superhero movie and TV series fan. Batman the animated series, Young-justice and Watchmen had been my favorites for quite some time. But deep down, like other readers of this genre, I love how superheroes solve seemingly insurmountable problems. Superheroes for me represent an emotion of hope, the light at the end of a long, dark tunnel.

Did you have any inspiration?

I love Issac Asimov as an author for injecting much needed simplicity into science fiction. I also like the way Christopher Nolan is able to yield simplicity to complex topics. From a superhero story perspective I am a big fan of Stan Lee. His idea of giving character defects and problems to superheroes makes his stories very realistic.

Do you have a favorite superhero?

Blue Beetle has to be my hot favorite. I not only like the awesome powers which his mysterious scarab gives him but I also like the way that character has been written and has evolved.

Did you do any research for this book?

A lot. Beyond the movies and the fan-fare I had to understand how superheroes behave and function. I feel the best superhero stories originate from the concept where a human with extraordinary powers is thrown into a seemingly ordinary situation, but the way she deals with it makes it interesting. Many superheroes just don’t start designing their costume as soon as they gain powers. Some are afraid of their powers; some don’t understand them. Some are misunderstood and some others make terrible mistakes and then later atone for them. Some are just people with powers and their actions make them superheroes or supervillains.

Tell us more about your current series?

The first book in my multiverse of superheroes is Invincika, which is a beginning story for my lead superhero. This action-packed story is an introduction to a parallel world and was published on April 25th this year. The second book in this series Serpent’s Reign is available on pre-order and will be published on June 27th.

She tries to save the world …

… but can she save herself?

Ulka trained besides the Sigma, but unlike them, her powers remained dormant.

Until a ballistic weapon finally awakened her hidden abilities and flipped her world upside down.

As Ulka struggled with her new found powers, a Magnetar raced toward earth, causing tides, volcanoes and tremors. The super-humans sent to counter the Magnetar never returned, and Ulka is the world’s last hope.

Even if she succeeds, there’s a much bigger threat lurking in the shadows, waiting to unleash a fate worse than death.

If you like superhero stories with riveting action sequences, you will love this first book in the series.

A great superhero story. A great introduction to this universe. The story is good with a lot of potential to build on. ~ Top 1000 Amazon Reviewer

I really liked this book and I read it in one evening. ~ Netgalley Reviewer

Story was engaging, fun to read, and I was intrigued to know What Next. ~ Goodreads Reviewer

Invincika is a fantastic superhero action-adventure novel with a blend of sci fi. This is the first book in the Superheroes of multiverse series. With a fast-paced plot and engaging narration, delve into the exciting world of action, superheroes and dangers. ~ Book Blogger 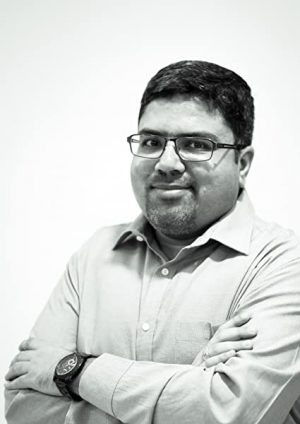 It’s a fast-paced, engaging, superhero book with the writer’s trademark combination of sci-fi and mythology. I enjoyed reading the book. ~ Goodreads Reviewer

Varun Sayal is a Data Science manager living in Redmond, Washington. He grew up in India on a steady dose of fantastical tales from ancient Indian scriptures. His genre of writing is science fiction and fantasy, blended with Indian legends and mythology. In his own words:

I live by the quote, ‘a true art calms a disturbed mind and disturbs a calm mind.’