The Case of the Absent Answers 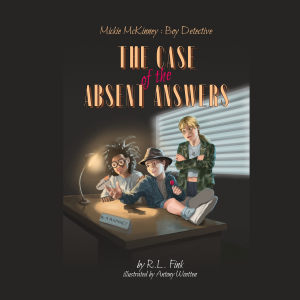 The name’s McKinney. Mickie McKinney. I’m a gumshoe, a private eye to those who speak my lingo, and a detective to those that don’t. I’ll find your cat or bust the monster under your bed, and I ain’t afraid of the dark either. But I’m getting ahead of myself. I was sitting with my size-six shoes propped up on the corner of my battered desk, watching the bubbles from my pipe floating toward the water-stained ceiling above my head, when there was a knock at the door and it opened to reveal the client; her slender form a silhouette framed by the light of the hallway.

Any other guy would’ve fallen for her the instant she stepped timidly in the room, and I must confess my heart beat a little faster as she spoke to me for the first time.

“Mr. McKinney?” she breathed. Blonde and blue-eyed, she was prettier than the soap bubbles over my head, but the tear in her eye said that she was a damsel in distress who needed my help. I leaned forward, a little breathless myself, waiting for her next words.

“Can you tell me what year Maple Ridge was founded and its main source of income?”

Definitely not what I was expecting.

Mickie McKinney is Maple Ridge Middle School’s one and only private detective. (Not that anyone else wants the job). So when the new girl is accused of stealing the history test answers, Mickie has a hunch that the school bully, Tommy Tubbins might be behind the crime. However, while Mickie suspects Tommy Tubbins is the true perpetrator, he still needs to prove it – without angering the meanest kid in school in the process.

With the help of an orange smudge, the school’s mad scientist, and wisdom of his late father, Mickie is willing to follow the clues and unmask the true culprit. If only his sweet tooth and propensity to monologue won’t get in his way.

A story of humor and friendship, this well-meaning, somewhat strange, size-small sleuth will find his way into your hearts as he tries to solve, The Case of the Absent Answers. 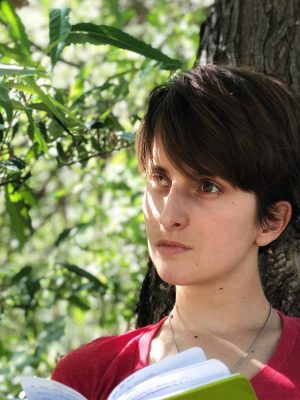 R.L. Fink, (otherwise known as Ruby Lucille Fink), grew up in Topanga, California as the eldest of three. An avid listener, then reader of detective stories, Ruby spent her evenings devouring the pages of Nancy Drew, Trixie Beldon, Hardy Boys, Encyclopedia Brown and Sammy Keyes, with a mix of Harry Potter, Redwall, Artemis Fowl, Chronicles of Narnia and Eragon thrown in for variety.

Ruby studied Film Production at Chapman University’s Dodge College, with a minor in Narrative and Dramatic Literature. She has enjoyed producing many audiobooks over the last several years, and manages a small staff of freelance illustrators, audio engineers and voice actors, who make up the close-knit group that is Faux Fiction Audio. 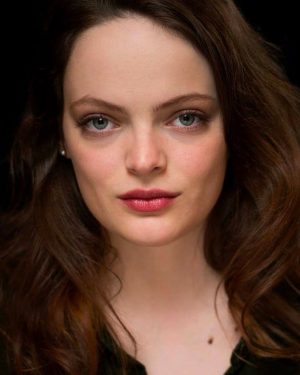 Hannah Edelson is over the moon to be lending her voice to the first thrilling adventure of Mickey McKinney. A Portland-based voice and theatre actor, she has voiced several audiobooks including In A Heartbeat, SuperGuy, Wild Blue Yonder, and Anarchy, and has directed and appeared in shows all over the Portland theatre scene since 2016. Favorite stage roles include Sarah in Belfast Girls and Jenny in Nesting: Vacancy. When not on stage, she can be found singing and hiking around the Pacific Northwest in search of life’s small adventures.