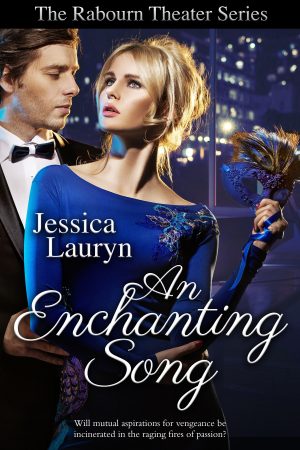 Heat danced along Madelyn’s skin.  She tried to stay calm, but a mass of molten lava seemed to be rising inside of her.  “How dare you!”

“How dare I what?”  Sebastian lifted his shifty brows.

“How dare you do whatever you did to get Evan to cast you as the lead in his play!”

“I’m not sure where you’re getting your information”—Sebastian snaked across the tiled floor—“but Evan cast me in this play because I’m a thousand times the performer that Liam Thompson is.”

“Really?  Then, what was all the shouting about?”  Madelyn eased back.  She continued before he could interrupt her, “You’ve been tailing me ever since I came to Rabourn Theater. You showed up at the café, the cemetery and now, suddenly you have the lead role in Angelic Vengeance. If you have questions about me, just ask them, damn you!”

He cast her a curious look and Madelyn bit her tongue.  She shouldn’t have gone that far.  She could lie if he asked her questions—she was getting good at that.  But lies were only going to whet his ferocious appetite.  It was only a matter of time before he started assembling the pieces in the correct succession.

“Oh, I have questions, Ms. Bennett, plenty of them.  But I don’t think the inevitability of my learning your deep dark secrets is what you’re afraid of the most.”

Madelyn swallowed as her costar took a section of her hair and smoothed it between his fingers.  “What is?”

Sebastian shortened the distance between them, positioning himself so that the two of them were barely three inches apart.  He tightened his hold on her hair and barricaded her exit with his other hand.

“You think the thing I’m most afraid of is…you? Why?”—her face burned—“Because of the way everyone reacted to seeing you at the café?  The way Mr. Masters reacted when you stole Liam’s part in the play?”

Madelyn’s heart thudded against her ribs.  Staring at the large hand on the wall beside her, wetting her dry throat in hopes of mustering a voice, she choked out, “Is that some sort of a joke?  I don’t feel an attraction toward you.”

“No?”  Sebastian snickered.  “I’ve been in the acting world a long time, almost my entire life.  The way you reacted to me when we were singing together just now, that wasn’t acting.  Just like you weren’t acting the other night when we were in the graveyard, and I was kissing you.”

Fighting the way she felt, as though someone had doused her in flames, Madelyn took a deep breath and said, “Right.  You kissed me.  Not the other way around.”

“I see.”  Sebastian licked his lips.  “So, if I kissed you again, you wouldn’t be affected by it?”

“We’re costars, Ms. Bennett.  It isn’t as though we’re going to be removing our clothing and massaging one another with oil, but we’ll be spending long hours together, performing in very close proximity.  Singing, touching, and yes, there will be kissing.  I need to know you’re ok with that.”

Trembling from shoulder to foot, Madelyn said in the steadiest voice she could muster, “Of course I am.”

Sebastian slid his palm along her bare skin, causing her breasts to stand at attention, the fine hairs on the back of her neck and arms to rise.  His gaze settling on her mouth, he whispered, “Perhaps if I kiss you again, to be sure you can handle it…”

Panic quickened Madelyn’s breaths.  Her heart slammed, and she suspected it wasn’t doing that out of fear.  It was only a dare, wasn’t it?  He couldn’t seriously intend to kiss her when they were just outside the rehearsal room and there were so many people around.  He wanted to scare her, see how far he could push her buttons.

Sebastian smiled.  She expected him to walk away, her having called his bluff but instead he leaned in and pressed his mouth against hers.

Will mutual aspirations for vengeance be incinerated in the raging fires of passion?

Sebastian Nathanson has been plotting to take control of Rabourn Theater since he was barely out of high school.  He’s close to achieving his end game when a mysterious enchantress stops him in his tracks.  Seduction seems the appropriate method of defense where this cunning vixen is concerned.  But when he finds himself on the receiving end, Sebastian begins to come apart.  As he attempts to up the ante, he falls harder and harder, becoming lost and vulnerable, at his ethereal enemy’s mercy.

Madelyn Bennett has lived a sheltered life. Determined to get justice for the mother who died before her time, she’ll do whatever it takes to become Rabourn Theater’s star performer.  But when a dangerous man takes a keen interest in her, the perfect plan comes apart at the seams.  Sebastian Nathanson is a serpent in prince’s clothing. And Madelyn has never been more afraid—or tempted—in all her life. 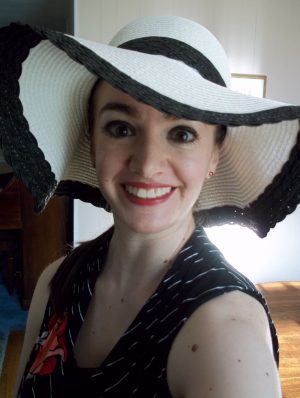 #1 Bestselling Author Jessica Lauryn has been writing since before she could hold a pen. Her days of storytelling through the art of playing with dolls inspired her to write romantic suspense novels The Romance Reviews describe as having “Just the right amount of passion and romance!” Villains often reform in Jessica’s stories, and just may become heroes themselves! Jessica makes her home in the rural northeast. When she’s not writing, she enjoys collecting antiques and finding beautiful, wooded areas to explore with her family. To find out more go to www.jessicalauryn.com.