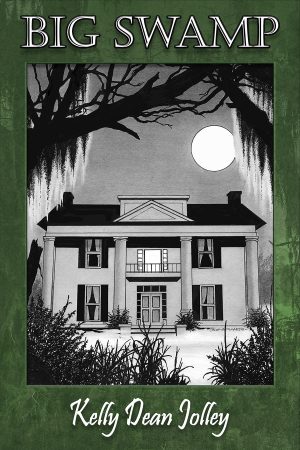 In this excerpt, Ford conducts a poolside postmortem of his ‘date’ with his new client, Rachel Gunner.  He’s talking to Talbot, his assistant and best friend.  The pool belongs to Olive, Talbot’s mother.

The fact that Ford writes detective novels as well as working as a detective comes up, as do items of Rachel’s wardrobe and Talbot’s ambitions.

Saturday rises hot and then heats up.

I spend the heat of the afternoon with Talbot. Olive’s house is old and sprawling, but it has a pool behind it, Olive’s only splurge. She made us ham sandwiches before she left to play bridge with some friends. I’m eating one in a deck chair I’ve pulled into the scant shade. Talbot floats, his eyes closed, supine on an inner tube in the shallow end of the pool.

He paddles with his hands every so often, his eyes remaining closed, to keep the inner tube centered in the shallow end.

Tal’s afraid of the deep end.

“Ford,” he says in a contemplative tone, paddling gently, “tell me again. She had on a blue dress, Rita Heyworth, and long, long blue gloves?”

“And you held her hand while she was wearing the gloves?” I see one of his eyes open a bit to gauge my reaction.

“Right, I held her gloved hand.”

“Tal, this is getting disturbing. I can’t tell if it’s Rachel or her gloves.”

“I wouldn’t want to,” he sighs, closing the eye. Then I notice him consult the front of his shorts, and I look immediately away. I don’t need to know the full extent of his reaction to the thought of Rachel’s gloved hand—don’t want to know.

“Hey, Ford,” he says again in his continued, dreamy voice, “would it be all right with you if I looked into…a matter…for Big Jim Sutton. He asked me…”

One of the curiosities of the known universe is that Big Jim Sutton likes Talbot as much as he dislikes me. Other than me and Olive, that makes the total number of people who like Talbot countable on one finger.

“Uh-huh. Mm-hmm. Evidently”—whenever Talbot tries to play PI, he lards sentences with evidently—“some small items have disappeared from the Briggs and Stratton employee locker room in the last few months. He asked me if I would just check around, talk to the folks, you know, see if I notice anything.”

“Tal, you know that to be a licensed PI in Alabama, you have to meet certain requirements; among them is a test you have to pass.”

He waves his hand lazily, his eyes remaining closed. “I could pass that test, no problem. I’ve seen every black-and-white detective movie ever made. I proofread your novels. I work by your side.”

I reverse the order of his list. “You sit in my waiting room and play video games. You read my novels and add your misspellings. You watch detective movies, but you never get the details right and always get the perp wrong. You suck at all known forms of testing.”

He continues to wave his hand in sublime unconcern. “Short hurdles.”

“Short hurdles are tall when you’re even shorter.”

One eye opens. “Way to buoy my confidence, best friend.” He splashes water at me, but the droplets far fall short of his target.

I laugh. “I’m just giving you a hard time, Tal. If you got serious, you could pass the test, no doubt. But remember”—I take on a sober tone—“to get a license, you must also have committed no crime of moral turpitude, and the licensing board decides the final definition of ‘moral turpitude.’”

Tal looks at me, puzzled. “Moral what?”

He still looks puzzled. My synonyms list seems not to have helped. I sigh. “The sort of thing you were imagining with Rachel Gunner’s glove…”

I laugh again. “Just your browser history would convict you.”

“Leave my browser out of this.”

“Seriously, Tal,” I say, losing both the loud and the joking tone. “If you want to help Big Jim, that’s fine. But you can’t do it for pay, and you can’t link what you are doing to me or the office. You’re just a private guy helping out a buddy.”

“A private dick helping out a buddy,” he says.

Confused, he looks meekly up into the hot blue sky, then scoffingly across at me, and paddles away from the deep end. He’d been drifting toward it.

A Private Eye in a One-Eyed Place?

Ford Merrick is a softhearted detective in a sleepy southern town, Opelika, Alabama—a “one-eyed, blinking sort of place.” A provoking visit from beautiful Rachel Gunner complicates his work and his life. This stunning woman asks Ford to tail her uncle and discover what he is up to. Taking the case, Ford quickly finds himself swamped in mysteries: Who is Rachel’s uncle, and what is his secret business? Then there’s the mystery of an earlier death at Noble Hall where Rachel and her uncle now live. But the greatest mystery may be Rachel Gunner herself. Mired, Ford struggles to find his way, unearths tragedies old and new, and exposes his heart to a hard test. 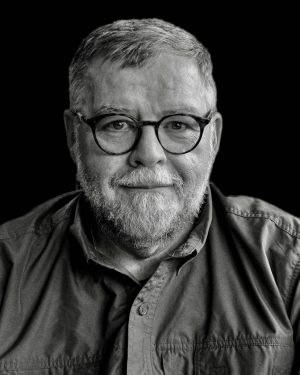 Kelly Dean Jolley is the Goodwin Philpott Endowed Chair of Religion and Professor of Philosophy at Auburn University.  He lives in Auburn with his wife, Shanna, two dogs, two cats, too many books, and a collection of manual typewriters.  Beyond his academic publications, he has also published a book of poetry, Stony Lonesome.

Meryton Press is giving away six eBook copies of Big Swamp by Kelly Dean Jolley. The giveaway is international. The giveaway ends August 29th at 12:00 AM Central Time.

This giveaway is sponsored by the publisher. Contest rules and entry information is provided by the publisher. Open to participants who are legally allowed to participate in such a contest as allowed by their local laws. All federal, state, local, and municipal laws and regulations apply. Void where prohibited. No purchase necessary. By participating in the contest, participants agree to be bound by the decisions of the contest sponsor. Prize will be delivered by the contest sponsor. This blog, its reviewers, and the owner are not responsible for items lost in the mail. By entering this giveaway, participants agree to abide by these terms.

August 14 That’s What I’m Talking About

August 16 My Vices and Weaknesses

August 18 From Pemberley to Milton