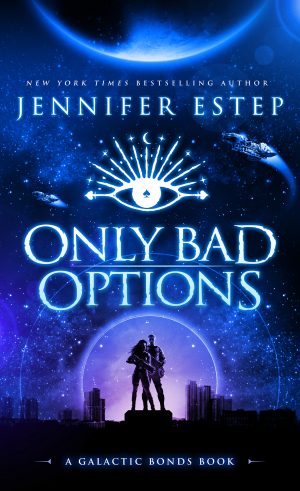 I tightened my grip on the blaster and faced the docking doors. Of course, the doors were on my side of the ship. If the doors had been in the cargo bay where Kyrion was, then I could have gone through with my original plan to suck all the oxygen out of that part of the ship and suffocate him, along with the mercenaries. Although knowing my luck, the Kent mercenaries had the same O2 enhancement as I did and wouldn’t be so easily dispatched.

I silently cursed this latest bit of bad luck, even as I wondered if this would be the thing that finally killed me. Either way, there was no place to hide, so I had no choice but to face the mercenaries and hope that I could kill them before they captured me.

On the other side of the glass, Kyrion Caldaren grabbed his helmet, which was sitting next to those protein bars and bottles of water he had mocked and tempted me with earlier. On the bright side, the mercenaries murdering me would be a much quicker way to die than by dehydration, although the torture they would inflict would be far more painful.

Kyrion leaned against a counter, holding his helmet in his hand, completely calm and relaxed. “Last chance,” he called out. “I could kill them all in less than a minute.”

He was actually trying to blackmail me into freeing him, just so he could turn around and kill me himself. Arrogant jackass.

A thin red seam appeared in the center of the boarding doors, and the acrid stench of melting metal filled the air. The mercenaries were using a laser torch to cut through the doors.

I might be trapped on this ship like a worm in a can of fish food, but I wasn’t going to make it easy for them to capture me. My best chance—my only chance—was to start firing and take them by surprise.

Once again, I was in a situation where I had only bad options. Sometimes I thought that was the sad story of my life. No good, easy, simple choices, only those that ranged from bad to worse to catastrophic. I firmed up my shooting stance. Well, let’s see how catastrophic I could make someone else’s day.

The red seam grew wider, longer, and hotter, and a shower of sparks appeared, winking like the fireflies that sometimes braved the polluted evening air on Temperate 42. The distinctive clink of a lock breaking sounded.

The sparks vanished, but the red seam remained, slowly growing dimmer. The mercenaries had put away their laser torch and were getting ready to board. I drew in a deep breath, then slowly let it out, steadying myself.

A large metal spike punched through the molten seam in the middle of the doors, making me flinch. The two halves of the spike split apart, turning into a hydraulic spreader. Then, with a loud, ear-splitting screech, the doors zipped apart, and the first mercenary rushed on board.

I shot him in the throat, above his protective breastplate and below the clear visor that covered his face. He gurgled something unintelligible, then toppled to the floor. Behind him, a curse sounded, but I pulled the blaster trigger again and again and again.

New York Times bestselling author Jennifer Estep blasts off with an exciting new science-fiction fantasy adventure with a dash of Regency romance. This action-packed space opera features a mix of magic and technology, along with a soul mates and enemies-to-lovers story. Perfect for fans of Star Wars, Bridgerton, and Pride and Prejudice.

Few people know the name Vesper Quill. To most folks, I’m just a lowly lab rat who designs brewmakers and other household appliances in the research and development lab at the powerful Kent Corp. But when I point out a design flaw and a safety hazard in the new line of Kent Corp spaceships, everyone knows who I am—and wants to eliminate me.

I might be a seer with a photographic memory, but I don’t see the trouble headed my way until it’s too late. Suddenly, I’m surrounded by enemies and fighting for my life.

I don’t think things can get any worse until I meet Kyrion Caldaren, an arrogant Regal lord who insists that we have a connection, one that could be the death of us both.

The name Kyrion Caldaren strikes fear in the hearts of people across the Archipelago Galaxy. As the leader of the Arrows, the Imperium’s elite fighting force, I’m used to being a villain, as well as the personal assassin of Lord Callus Holloway. Even the wealthy Regals who live on the planet of Corios are afraid of me.

But everything changes when I meet Vesper Quill. I might be a powerful psion with telepathic, telekinetic, and other abilities, but Vesper sees far too many of my secrets.

Thanks to an arcane, unwanted quirk of psionic magic, the two of us are forced to work together to unravel a dangerous conspiracy and outwit the deadly enemies who want to bend us to their will.

NOTE: The book will also be available as a print book and audiobook. The print books will be released on Sept. 20 with the ebooks; the audiobooks will probably come out a few weeks later. 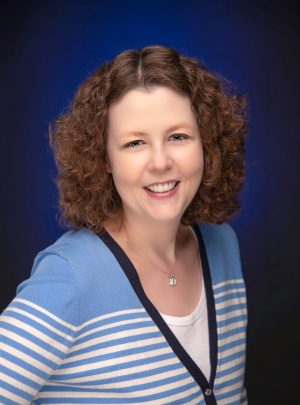 Only Bad Options, book #1 in her Galactic Bonds science-fiction fantasy romance series, will be released Sept. 20.

Jennifer is also the author of the Section 47, Elemental Assassin, Crown of Shards, Gargoyle Queen, and other fantasy series. She has written more than 40 books, along with numerous novellas and stories.