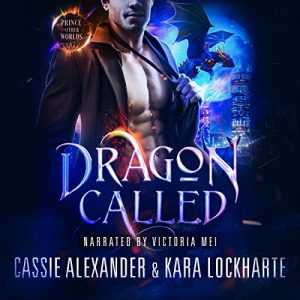 Andi Ngo hasn’t met a bad decision she won’t make, but this one might turn out to be the best bad decision of her life.

Desperate for money after her deadbeat brother left her holding the bill for his bail bond, night nurse Andi agrees to take on a mysterious one-time nursing gig. When she finds out her employer is ruthless billionaire and all around a*****e Damian Blackwood, she’s determined to get the job done and get out as quickly as possible.

But nothing is as it seems, when a monster attacks and she is saved by an honest-to-god dragon. A golden scaled, sixty foot long, violent dragon…who is clearly Damian’s other half. Her world is spun sideways but she can’t forget the way he looked at her, like coveted treasure he’s desperate to steal away for his hoard. The way he reacted when she discovered his secret. The way that when he was human again he…asked her for a date.

She should say no. But what if she says yes?