Death on a Winter Stroll 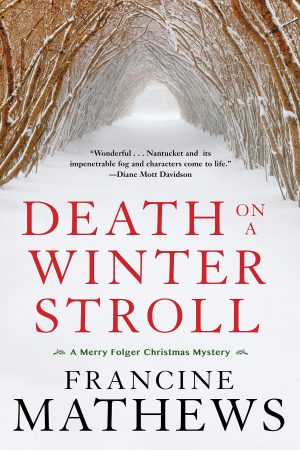 One of the perks of being police chief was the ringside seat Merry Folger commanded for certain critical moments. For instance, this Saturday morning—the first weekend in December, with the sun high in the sky and a brisk, cold wind driving whitecaps across the water as a Coast Guard cutter sailed toward Straight Wharf.

Her white SUV with the distinctive navy and gray police markings was parked where no cars were allowed, within the Christmas Market barricades that blocked the wharf’s access to town. She and Peter were lounging against the bumper in their most festive winter gear. Merry’s father, John, was inside the car staying warm. They were waiting for Santa Claus to dock.

Nearby was the Town Crier and some of the town’s Select- persons who would escort the Man in Red to his island sleigh, a vintage firetruck owned by the Nantucket Hotel. Santa would stand in the back, waving, while the Town Crier walked ahead, ringing his bell, announcing the glad tidings of great joy.

“Look at that guy,” Peter muttered in her ear as a man roughly their age walked by, natty in sunglasses, a suit, and a knotted Stroll scarf. Nothing abnormal about that, except that the suit had red and green stripes with white death’s-heads and fists stamped all over it.

“Kind of like North-Pole-meets-Venice-Beach-tattoo-parlor,” Merry suggested. “You prefer the blonde, I take it?”

The blonde wore a minidress covered in hot pink sequins and thigh-high boots made of fake mink. She had a jingle bell on each boob.

Every third person in the crowd—and there were about ten thousand people in town, jockeying for the best viewing spots— was dressed in ways bizarre or wonderful. The color and noise and exuberance were thrilling after the cheerless quarantine holidays, and Merry was grinning helplessly. She glanced over her shoulder and gave her dad a thumbs-up. John was drinking coffee laced with peppermint schnapps in his passenger seat. He saluted her with his mug.

The sight of him sitting alone jolted her suddenly, as it did whenever she looked for her grandfather, Ralph Waldo Folger, and remembered he’s gone now. The freshness of loss stunned her each time like a blow to the face.

Merry had known her eighty-nine-year-old grandfather was vulnerable in the pandemic. She and John had talked by phone daily about ways to keep Ralph safe. As a frontline worker exposed for the duration to a germ-laden public, Merry had stayed scrupulously away from her childhood home on Tattle Court throughout the first waves of sickness. Peter arranged for grocery deliveries twice a week and dropped supplies from Marine Home at John’s front door. And Ralph was healthy for nearly a year: social distancing on his daily walks, wearing a mask when he ventured into town. He contracted Covid nine days before he was scheduled for his first vaccine.

Nantucket Cottage Hospital had five ventilators; Ralph never made it to one of them. Sickening on a Friday, he was delirious by Sunday and medevacked to Boston in the wee hours of Monday. Intubated, he lingered in a medically induced coma for four days.

What dropped Merry to the floor when they got the news, sobbing and hugging her knees as though she’d been sucker punched, was the fact that her careful distance hadn’t mattered a darn. Ralph was alone when he died. And she hadn’t seen or touched him for a year before that. Of all the pandemic’s cruelties, this was the coldest.

Her father thrust open the car door and stepped out to the paving beside her. “Boat’s in,” he said.

She linked her arm through his as the cutter drew along- side. A couple of ensigns jumped off with sheets in their hands and moored the steel-gray vessel to the wharf’s stanchions. The Town Crier hailed the boat, Santa waved, horns blared, the drum corps drummed. Merry and Peter and John whooped along with everyone else. Despite the logistics and the responsibilities, she was nominally handling, despite her underlying grief, joy shot through Merry as she fell into step behind the Selectpersons and jauntered after Santa’s firetruck. For the length of Main Street at least, she was uncomplicatedly happy.

It felt like the whole island celebrated with her.

From Death on a Winter Stroll © 2022, Francine Mathews, published by Soho Crime 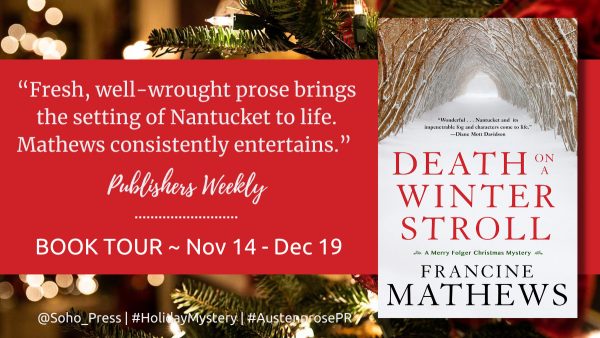 No-nonsense Nantucket detective Merry Folger grapples with the aftermath of the COVID-19 pandemic and two murders as the island is overtaken by Hollywood stars and DC suits.

Nantucket Police Chief Meredith Folger is acutely conscious of the stress COVID-19 has placed on the community she loves. Although the island has proved a refuge for many during the pandemic, the cost to Nantucket has been high. Merry hopes that the Christmas Stroll, one of Nantucket’s favorite traditions, in which Main Street is transformed into a winter wonderland, will lift the island’s spirits. But the arrival of a large-scale TV production, and the Secretary of State and her family, complicates matters significantly.

The TV shoot is plagued with problems from within, as a shady, power-hungry producer clashes with strong-willed actors. Across Nantucket, the Secretary’s troubled stepson keeps shaking off his security detail to visit a dilapidated house near conservation land, where an intriguing recluse guards secrets of her own. With all parties overly conscious of spending too much time in the public eye and secrets swirling around both camps, it is difficult to parse what behavior is suspicious or not—until the bodies turn up.

Now, it’s up to Merry and Detective Howie Seitz to find a connection between two seemingly unconnected murders and catch the killer. But when everyone has a motive, and half of the suspects are politicians and actors, how can Merry and Howie tell fact from fiction?

This latest installment in critically acclaimed author Francine Mathews’ Merry Folger series is an immersive escape to festive Nantucket, a poignant exploration of grief as a result of parental absence, and a delicious new mystery to keep you guessing. 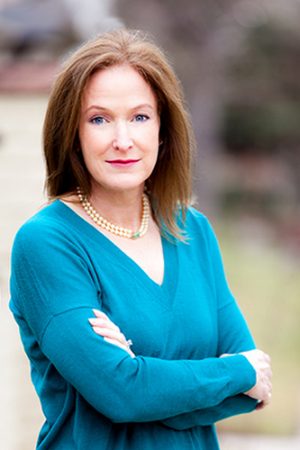 Francine Mathews was born in Binghamton, New York, the last of six girls. She attended Princeton and Stanford Universities, where she studied history, before going on to work as an intelligence analyst at the CIA. She wrote her first book in 1992 and left the Agency a year later. Since then, she has written thirty books, including six previous novels in the Merry Folger series (Death in the Off-Season, Death in Rough Water, Death in a Mood Indigo, Death in a Cold Hard Light, Death on Nantucket, and Death on Tuckernuck) as well as the nationally bestselling Being a Jane Austen mystery series, which she writes under the pen name Stephanie Barron. She lives and works in Denver, Colorado.