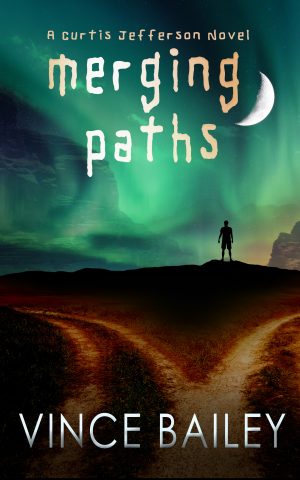 Curtis retreated deeper into the tamarisk trees and began to take stock of his circumstances as he stripped down to his boxer shorts and hung his soaking clothes on the branches where they would catch the new morning shafts of sunlight. All thoughts over the previous three days had been devoted to surviving the perilous desert crossing. He’d given little or no consideration to what he, an escapee from Fort Grant, would do once he reached a community, but that time had now come. He considered this remote place a good location to hole up for a short time. He had more than abundant water and good cover for shade that doubled as a blind from any more passersby along the nearby service road. But his hideout would only be good for a day at best for multiple reasons.

He eyed an adjacent diversion gate and surmised from the path of its flume that its purpose was to divert irrigation water from the canal to flood the lower-lying melon patch. Perhaps that day, but more likely the next morning, men would come to open the gate and water the field. Already, the siphon tubes for feeding the individual furrows were laid out in a row along the ditch bank, a sure sign of imminent activity, the kind that was certain to produce an unwanted encounter. Curtis was painfully aware that any sighting of a black kid skulking around on his own, out in the middle of nowhere, was bound to raise alarms. But the boy-fugitive was already formulating a plan. He would strike out to the east at dusk and search for a village.

With his confidence somewhat bolstered, exhaustion began to creep up on the boy. He found a dense salt-cedar thicket and, in that pocket of green, he sat with his back propped against a wall of verdant tendrils and quickly nodded out.

The whir of a vehicle’s engine rousted Curtis from a shallow doze. He rose abruptly with the sudden realization that daylight had waned during his lengthy nap. His eyes panned to the darkened service road where a pair of headlights displayed a slow but ominously certain approach toward his hiding place.

Curtis was momentarily paralyzed, torn between equally strong instincts to keep hidden and to flee, but also burning with curiosity as to the nature of this new intruder. He dropped to a crouch, opting to wait, if only for a few seconds as the car drew nearer.

His curiosity was satisfied, but not pleasantly so, as a third light blazed forth, its brilliant beam cutting the night air like a luminous blade. The side-mounted spotlight could only have meant it was a patrol car, probably a sheriff’s deputy, given the remote location. The beam panned back and forth, first sweeping a wide swath of the canal bank, but it soon settled on the copse of trees where Curtis was hiding. The intensely focused candlepower penetrated the foliage like an X-ray, and the boy was certain that his silhouette was exposed. His choice was clear. Curtis broke cover like a flushed jackrabbit and started on a quick canter down an embankment and onto the clear, flat melon field below.

Reasoning on the run with the clarity of an adrenaline rush, Curtis realized his own duplex advantage: his stalker’s patrol car was cruising the opposite side of the canal and, with no navigable crossing in sight, was unable to follow the fleeing boy on four wheels. The second advantage was obvious: the indisputable fact that there was no biped on the face of the earth that could close a lead on a sprinting Curtis Jefferson, least of all some overweight deputy in clunky cowboy boots.

Unaware or indifferent to Curtis’s superior running ability, the duty-driven deputy immediately halted his cruiser the second his beam exposed the boy-fugitive, exited the vehicle, and ran across the footbridge at the diversion gate. The cop scrambled down the embankment with more agility than an average overweight deputy in cowboy boots. A partner was apparently left behind in the car to work the spotlight, which he did quite accurately, keeping the beam trained on the fleeing boy.

Curtis had put nearly a hundred yards of cultivated ground between himself and his pursuer when the deputy reached the edge of the field, knelt, and let loose an explosion of number six shot from a twelve-gauge shotgun. At that distance, the pellets lost their lethal velocity, but the lead hailstorm that peppered the boy’s back sent a message that stung in more ways than one.

“Holy sh*t!” Curtis yelped, nearly stumbling from the shock of the blast. “You guys are playin’ for keeps!”

The final installment in this award-winning series follows African American youth Curtis Jefferson as he escapes from the cursed Fort Grant reform school, struggles to survive a perilous crossing of the Sonoran Desert, and attempts to evade a fierce lawman who seeks to end the boy-fugitive’s flight with a bullet. Meanwhile, Isabel and Ray Cienfuegos continue to elude their spectral stalker, the murderous demon-spirit Ezra. Merging Paths is the exciting conclusion to the colorful, intricate world presented in this unique paranormal series.

Series: Third and final installment in the Curtis Jefferson series 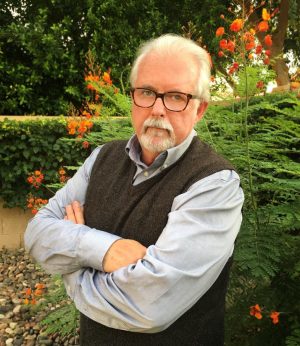 Vince Bailey is a writer who grew up in Central Arizona–specifically the East Valley of the Sun—starting in the late nineteen-fifties. His youthful escapades there in the copper state climes contribute significantly to the nostalgic flavor of his fiction writing. The author’s adolescent haunts of yesteryear tracing around the east side of Mesa, crop up frequently as facets of his fictional town of Jacobs Well, the anchor location for several of his books.  Path of the Half Moon is Bailey’s inaugural novel, the first of the paranormal Curtis Jefferson series, which continues through book two, Courses of the Cursed, and concludes with the current release of Merging Paths.

In 2016, Bailey joined the Arizona Authors Association. The following year, Path of the Half Moon, was awarded first prize in the “unpublished novel” category in AAA’s annual writing competition, an award that earned a publishing contract with Ingram Elliott Publishing of Charlotte, North Carolina. Since publication, Path of the Half Moon was awarded “First in Category” (Paranormal Fiction), at the Chanticleer International Book Awards competition in April, 2019. Its successor novel, Courses of the Cursed, was named a finalist in the National Indy Excellence Awards in 2020.

Mr. Bailey currently resides in Phoenix with his fiancé, Dr. Veronica Sabater. He continues to create in the same sort of multiple genre style that has animated the Curtis Jefferson series.