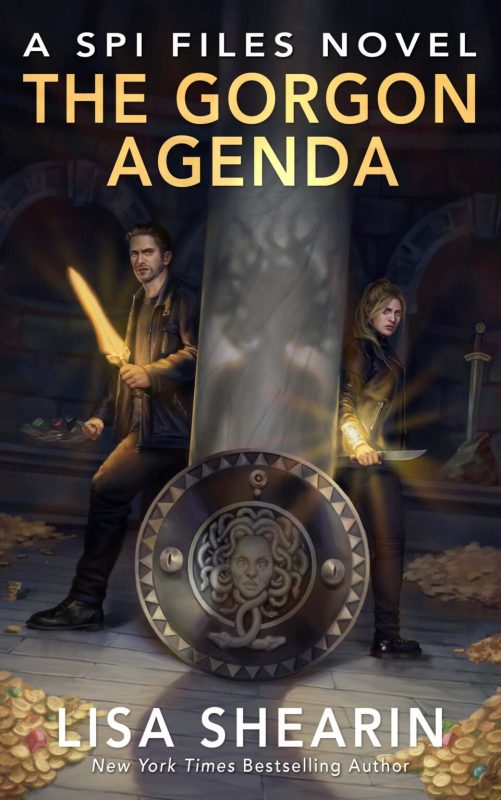 A planet-killing weapon, sinister sisters, and immortal monsters.
All in a day’s work for the agents of SPI.

I’m Makenna Fraser, seer for SPI (Supernatural Protection & Investigations). I knew SPI protected some of the world’s most dangerous relics, but I didn’t know our draconic founder, Vivienne Sagadraco, kept them in a vault deep below Manhattan.

Until the most lethal relic of all was stolen.

The Aegis is the shield once wielded by Athena, the goddess of wisdom and war. The center of the Aegis contains the head of Medusa, making it the ultimate weapon. All who look on it or its reflection are instantly turned to stone.

Old enemies and new adversaries have descended on New York—and one of them now has the Aegis:

Those behind the theft have declared war on humanity, with a hatred that was millennia in the making, and a heist that was centuries in the planning.

Our mission is simple yet impossible: Retrieve the Aegis and save the world. But we can’t do it alone. We’ll need our friends, family, and some unexpected new allies if we’re to stop this ancient evil once and for all.

You can find Lisa at https://www.lisashearin.com/