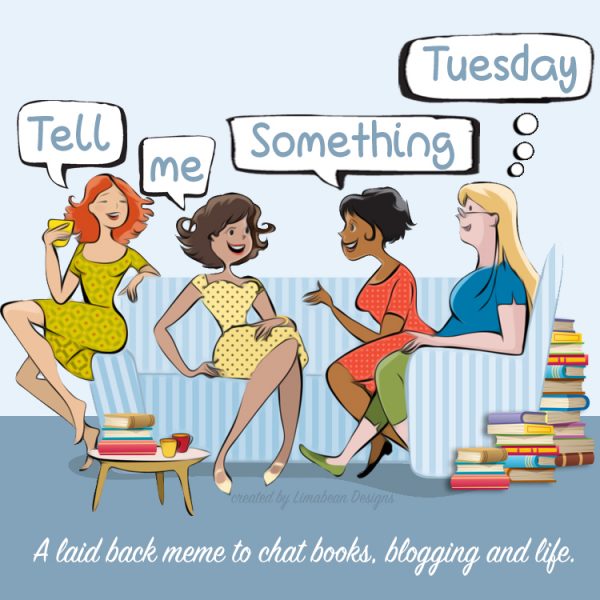 Tell Me Something Tuesday is a weekly discussion post where bloggers discuss a wide range of topics from books and blogging to life in general. Weigh in and join the conversation by adding your thoughts in the comments. If you want to do your own post, grab the question and answer it on your blog. Feel free to leave your links in the comments if you are participating.

If you are interested in participating in TMST or receiving periodic emails that list the upcoming TMST topics and questions,  please fill out this GOOGLE FORM.  Participation is optional and never required.

January 17th: Do you tend to enjoy spinoff series? Or are you hesitant about them?

If I love a series and read each book, then I will most likely read any spinoff series. Sometimes those spinoff books are about a new character or location, but most that I’ve read are actually more of the original series. For example, Nalini Singh created the Psy-Changeling Trinity series, but it’s still the Psy-Changeling series, and I wouldn’t recommend starting with the spinoff series. Or more recently, Ilona Andrews released today (January 17th), Magic Tides, which is the first book in the Kate Daniels: Wilmington Years series, but again, this story is just a continuation of the Kate Daniels series. Things can get tricky when the spinoff series is a completely different series; however, the actions and events are critical to the original series storyline. For example, the Alpha and Omega series by Patricia Briggs is very independent from the original Mercy Thompson series; however, the two series are intertwined should be read in chronological order because events in one have an impact in the other.

So yes, I do tend to read spinoff series.