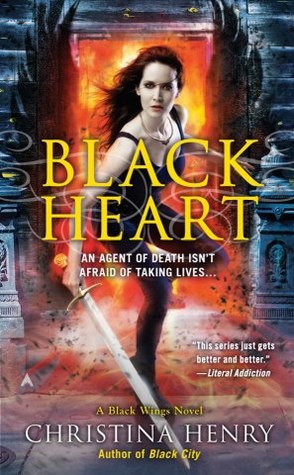 Black Heart Author: Christina Henry Reviewer: Jen Twimom Rating: A-, 4 Stars What I’m Talking About: Note: due to the nature of this series where the storyline continues from book to book, there are spoilers from the previous books in this review. When we last saw our heroine Madeline (Maddy) Black, her life was in […] 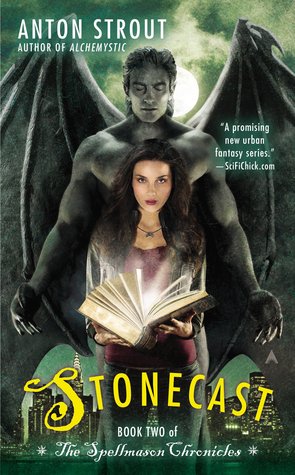 Stonecast Author: Anton Strout Reviewer: Gikany and Una Rating: C, 2.5 Stars What We’re Talking About: Note: This review contains minor spoilers. Stonecast is the sequel to Alchemystic in the Spellmasons Chronicles.  Sadly, we were disappointed in this much-anticipated continuation of the journey of Alex and her friends through this fascinating new world.  The elements […]

About the Book Blood Bond Author:  Jeanne C. Stein Publisher:   ACE Released:  August 27, 2013  REVIEW HERE Snippet Next morning, Frey and I are the last to the breakfast table. I’m glad no one asks why.  It would be embarrassing.  Even an adult daughter doesn’t want to acknowledge that she’s late coming down because she and her […] Blood Bond Author: Jeanne C. Stein  Reviewer: Gikany and Una Rating: B, 3 Stars What We’re Talking About: Blood Bond is the latest installment in the Anna Strong Chronicles, and it seems to be a transitional novel to the next story arc.  Although it is an emotionally charged novel, we felt a bit distanced from […] Sunday Snippets are back and with a punch… check out a short snippet from the latest Ilona Andrew’s Kate Daniel’s series. Harbinger Author: Philippa Ballantine Reviewer: Twimom227 Rating: A, 4.5 Stars What I’m Talking About: Harbinger is the fourth and final installment of the marvelous Books of the Order series by Philippa Ballantine. Although one could probably get away reading it solo, I do not recommend it. Ms. Ballantine has created an immensely rich fantasy world […] 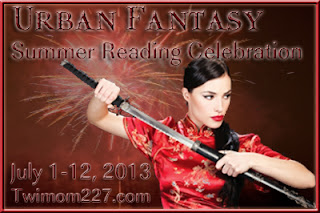 Welcome to the Urban Fantasy Summer Reading Celebration here at That’s What I’m Talking About!! original images by marin & papaija2008 at FreeDigitalPhotos.com banner designed by Jennifer from Books Make Me Happy The celebration runs from July 1 through July 12, 2013, with guest posts, author and series spotlights and lots and lots of GIVEAWAYS!! […] Today I have the privilege of revealing to you the cover for Harbinger by Philippa (Pip) Ballantine. This is the fourth and final (*sobs*) story in her marvelous Books of the Order Series. Without further ado…. May I present to you Harbinger… The cover artist for Harbinger is Jason Chan. Once again, what perfect imagery for this […]